Ed Meese: The Enduring Voice of the Reagan Revolution

Alan Sears
|
Posted: Oct 08, 2019 11:33 AM
Share   Tweet
The opinions expressed by columnists are their own and do not necessarily represent the views of Townhall.com. 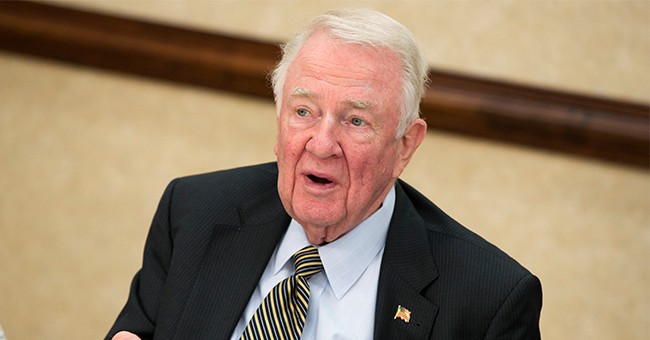 This week, Edwin Meese III is being honored by President Donald Trump with the Medal of Freedom—an honor befitting the man who, throughout what’s come to be known as “the Reagan Revolution,” was always at the barricades, leading forward the timeless fight for freedom.

The Reagan era was famous for a number of “call-outs” whose ripple effects continue to be felt: the head-on challenge to American voters, “Are you better off today than you were four years ago?” ... the blunt (and accurate) designation of the Soviet Union as an “evil empire” ... the heartfelt “Mr. Gorbachev, tear down this wall!”

Less well-known—though fully as bold and far-reaching in its impact—is the 1985 speech made by Meese, Reagan’s second attorney general, in which he called for a “jurisprudence of original intent” and for the U.S. Supreme Court and other judges to stop “making up law” out of ignorance or defiance of the meaning intended by those who wrote the Constitution.

“Constitutional fidelity, through originalism, is critical to religious liberty,” he said—and indeed, he added, to all other American liberties as well. The statement sent shockwaves through the American Bar Association, startled activist judges, and underscored the stakes for the soon-after incendiary hearings on the nominations of Robert Bork and Clarence Thomas.

More than that, it galvanized a fierce and still-ongoing debate in law schools, legal journals, and courtrooms across the country. Mr. Meese raised an issue that has come to illumine much of the division that defines today’s politics: Do America’s founding documents stand for certain enduring truths and freedoms ... or for whatever each new generation decides they should stand for?

The elevation of that issue—and his determination to keep pressing it over the last three decades—has kept a line drawn in the sands of federal law, reinvigorated freedom-focused public interest litigation, and expanded the protection of personal freedom for two generations of Americans.

I’m delighted to say I’ve enjoyed a front-row seat for much of that. I served in several positions within the Justice Department under Attorney General Meese’s selfless leadership. From those positions, I was among the many impressed by his bold and thoughtful leadership, his insights and humor, and his determination in the face of all obstacles.

I was particularly impressed by his ability to endure vicious, personal attacks without responding in kind. By his ability to “keep his head” when all about him seemed to be losing theirs in the crisis-of-the-moment. By his ability to look beyond the immediate situation and circumstances to see the long-term implications of a decision, and the challenges still coming down the road. He was one of the most natural leaders I have ever known.

And one of the most loyal friends. When I and others, in our own spheres of leadership, faced unfair, brutal attacks, he stood resolutely by our side, offering his hard-earned wisdom, quiet strength, and generous support.

Perhaps most of all, I was moved by Mr. Meese’s patriotism—by his unswerving commitment not to one man or administration, or one title or position, but to our nation ... to its Constitution ... to the enduring cause of freedom and justice for all.

It is so hard, amid the rising roar and brutality of our current politics, to recognize those who genuinely look on government not as a succession of microphones and photo-ops, or power trips or partisan free-for-alls, but as a place of service—an opportunity to preserve what is good while expanding more opportunities for people everywhere.

That is the spirit Ed Meese modeled, with selfless devotion, before those of us privileged to serve with him. Even in those relatively calmer political waters of 30-plus years ago, his approach was nothing less than revolutionary.

His great friend President Reagan once told the nation, “If Ed Meese is not a good man, there are no good men.” Good men, they say, can be hard to find. But they’re out there.

Ed Meese’s long fight to preserve liberty and the Constitution, and the uncompromising integrity with which he’s engaged that struggle, remind us of that—that there are, in fact, still “a few good men.” Even great ones.

And hope for America, and the freedom for which it stands.

Alan Sears served under Attorney General Edwin Meese III in several capacities. Sears also served as president, CEO, and general counsel of Alliance Defending Freedom from 1993 to 2017. He is the co-author with Craig Osten and Ryan Cole of The Soul of an American President: The Untold Story of Dwight D. Eisenhower’s Faith by Baker Books.