No City of Man Without the City of God 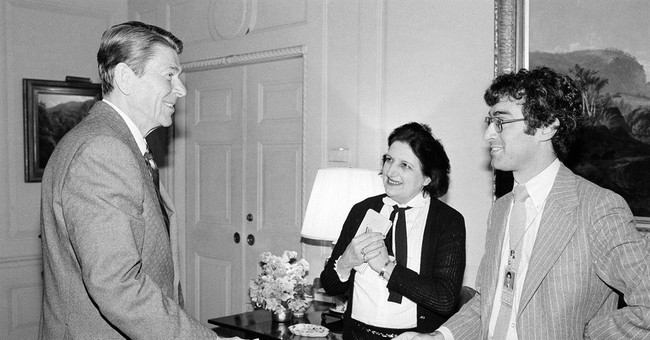 When President Ronald Reagan spoke to the Ecumenical Prayer Breakfast in Dallas, Texas, on Aug. 23, 1984, he stressed the important role religion plays in the Church and in the state. And he warned against diminishing the former to increase the latter by suggesting “the city of man cannot long survive without the city of God.”

Reagan was concerned that the country was allowing its religious heritage to slip away. And his words have never been more relevant in light of the numerous attacks upon religious freedom today.

Speaking to those gathered at the breakfast, Reagan said:

Those who created our country -- the Founding Fathers and Mothers -- understood that there is a divine order which transcends the human order. They saw the state, in fact, as a form of moral order and felt that the bedrock of moral order is religion.

The president then explained the danger of leaving religion unguarded. He cited Supreme Court decisions from the 1960s that struck down not only compulsory, but voluntary, prayer and the reading of the Bible in public schools.

He said these decisions weakened the protection of religion in the United States, and when this became evident, those eager to undermine the First Amendment began to shoot their arrows and lob their spears:

Once religion had been made vulnerable, a series of assaults were made in one court after another, on one issue after another. Cases were started to argue against tax-exempt status for churches. Suits were brought to abolish the words “under God” from the Pledge of Allegiance and to remove “In God We Trust” from public documents and from our currency.

Even as Reagan spoke, the pressure for even more limitations on religious exercise was building. So Reagan tried to bridge the gap by explaining that there is no way to sever the religious life from the rest of life and continue unabated. He understood what many in high places today do not—that the rest of an ordered civic life depends on the religious for its substance:

A state is nothing more than a reflection of its citizens; the more decent the citizens, the more decent the state. If you practice a religion, whether you're Catholic, Protestant, Jewish, or guided by some other faith, then your private life will be influenced by a sense of moral obligation, and so, too, will your public life. One affects the other.

Then Reagan applied these things by letting audience know where America would end up without God:

From the Obama administration’s abortion pill mandate…to the attack on prayer that will be heard by the U.S. Supreme Court…to the New Mexico Supreme Court’s recent conclusion that compromising one’s religious beliefs is “the price of citizenship,” Reagan’s admonition—and the truth of his words—have never been more important for us to hear…and to heed.