Government Does Not Know Best 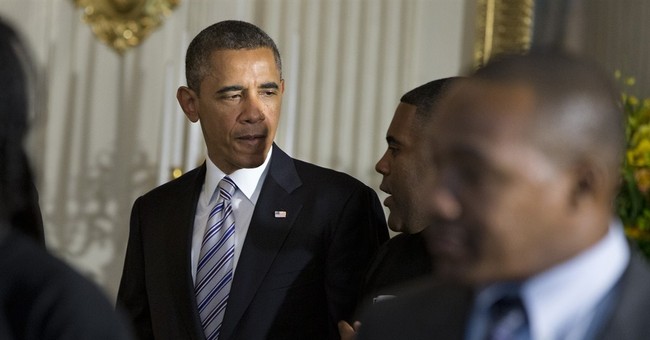 If anything has been made clear in the ongoing Internal Revenue Service scandal, it’s that this is bigger than the work of one or two partisans. Rather, it is indicative of a mindset within agencies which says, "We know what's best for you."

And these events aren’t isolated. We’ve seen this same dangerous tendency within the Department of Health and Human Services (HHS).

Consider the Newland family in Denver. They are not agitators nor are they disrespectful. They are not extremists looking for a chance to flex their faith in the face of people who don’t agree with them. They are people who were minding their own business -- in more ways than one -- when the legal attacks hit.

The Newlands own and operate a very successful heating and air conditioning business, Hercules Industries. It is the kind of business that made America great -- one that’s invested deeply in its employees and community.

Late last summer, the city of Denver was set to issue a proclamation honoring the Newlands for their exemplary contributions to the community. The city wanted to highlight their work toward historic preservation, charitable assistance for those affected by the summer wildfires, and especially their outstanding benefits and support for their employees.

However, this all changed when the Newlands filed a successful lawsuit against the Obama administration. The suit prevented the government from forcing the family to comply with the Obamacare contraceptive mandate, which requires nearly every American business to facilitate access to drugs and treatments with which they disagree regardless of the owners’ faith and conscience, through their health insurance plans.

Led by their faith, the Newlands understand that every life is sacred at every stage of development. They understand that certain of the “drugs” covered by the mandate will destroy innocent human life. Therefore, they oppose funding those drugs.

The fines the Newlands would have faced for simply not complying would have crippled their business. So they contacted Alliance Defending Freedom, and we sued. What resulted was the first national victory against ObamaCare -- a victory in which a federal judge halted the mandate, pending the outcome of that lawsuit.

When word of that victory reached Denver City Hall, officials reversed their decision to publicly honor Hercules Industries. This goes to my larger point that the scandals now plaguing the IRS and other agencies aren’t the work of one of two partisans but are a systemic problem breeding a “government knows best” mentality at all levels.

Here we see “the city of Denver knows best,” thus the Newlands are refused the recognition they were supposed to receive.

While any who have committed crimes during these various scandals and overreaches ought to be dealt with according to law, that is not taking the solution far enough. In addition, all of our agencies and their employees must be focused on regaining and re-asserting our individual liberties, understanding that our Founding Fathers never intended for us to look to government for answers nor for the government to look at us as a hoard of people it must control.

“Mother knows best” is a quaint truism, and it helps children learn respect for those in authority over them. But as adults “the IRS knows best,” or even “the HHS knows best,” simply does not carry the same appeal.

As President Ronald Reagan famously stated, “The ten most dangerous words in the English language are: ‘Hi, I’m from the government, and I’m here to help.’”