Americans are Finally Working for Themselves

Akash Chougule
|
Posted: Apr 27, 2016 12:01 AM
Share   Tweet
The opinions expressed by columnists are their own and do not necessarily represent the views of Townhall.com. 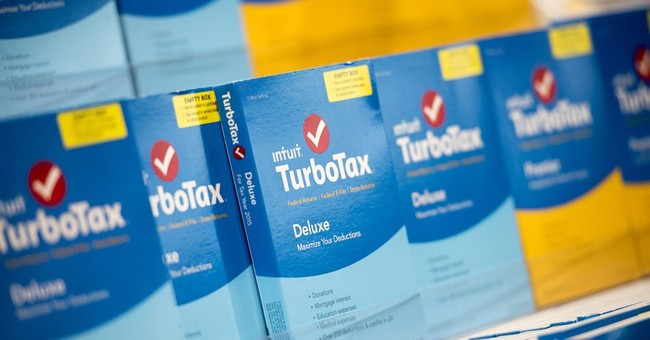 With tax day come and gone, Americans have filed their tax returns (or hopefully at least asked for an extension) and have gone on to enjoy much more pleasant activities, such as the start of baseball season. But just because the pain of tax season is over doesn’t mean taxes have stopped being a pain. While April 18th was the last day to file taxes, Americans spent weeks work to pay off the taxes they owed to the feds and their state government.

This year the American public will pay $3.3 trillion in federal taxes and another $1.6 trillion in state and local taxes. This accounts for a full 31 percent of America’s income, just to pay Uncle Sam. Collectively, Americans worked 114 days to April 24th to afford this hefty tax bill.

The non-partisan Tax Foundation has dubbed this “Tax Freedom Day.”

Of course, Tax Freedom Day is hardly a national holiday due to the wide differences in state and local taxes. Connecticut has the dubious honor this year of having the latest tax freedom which falls all the way on May 21st, while New Jersey barely fares better, ranking 49th with a tax freedom day of May 12th.

Despite these high tax rates both Connecticut and New Jersey are hardly swimming in cash, and instead are drowning in red ink. Connecticut has floated the idea of taxing Yale’s $25.6 billion dollar endowment to fill their $220 million budget shortfall, while New Jersey’s budget is straining after billionaire hedge fund manager David Tepper left the Garden State for the zero income tax Sunshine State.

With $5 trillion collected in taxes, what have the American people actually paid for? Core functions of government such as national defense at the federal level, roads at the state level and schools at the local level are all proper uses of American’s tax dollars - although there is certainly wasteful spending at all three.

In contrast to these core functions, too often government at all levels often spends Americans’ hard earned tax dollars for projects which are outside the scope of government.

Unfortunately, Senator Tom Coburn, who used to document many of these cases of government waste, has retired along with his fabled “Wastebook.” Fortunately, others in the Senate such as his replace in Oklahoma James Lankford and Arizona's Jeff Flake have picked up the mantle to point out wasteful government spending. The 2015 version of Lankford’s “Federal Fumbles” report found the federal government wasted $105 billion on everything from promoting labor unions to weight-loss programs for truck drivers.

Wasteful spending is not unique to Washington, though. State governments have spent more than $150 billion on subsidies to private businesses rather than letting Americans choose which businesses to support by purchasing their goods and services and spending tax dollars on core functions of government.

As a misquoted Senator once supposedly said, “A billion here, a billion there, pretty soon, you’re talking real money.”

The problem is that the billions are in taxes are certainly real money to the average American. Combined, Americans will spend just over $4 trillion dollars on food, clothing and housing, with housing accounting for roughly half of that total. So putting aside 21st-century necessities such as a car or the true essentials such as a subscription to HBO GO, Americans will spend more on taxes than on the staples of modern-day living.

And the leviathan of government spending seems only to be growing.

In 2015 the federal government spent $223 billion or 6 percent of its total spending on interest of America’s $19 trillion dollar debt. This was more than total federal transportation spending, income security, and NASA - combined.  All this just to keep America’s credit rating.

With stagnant wages and rising costs on everything from higher education to healthcare, it’s unconscionable that Tax Freedom Day is still weeks away for some of us. Americans should get to spend more time working for themselves, not the government.