Cancel Culture to Americans: Nice Freedom Ya Got There. Would Be A Shame If Anything Happened To It

A.J. Rice
|
Posted: Jul 14, 2020 10:07 AM
Share   Tweet
The opinions expressed by columnists are their own and do not necessarily represent the views of Townhall.com. 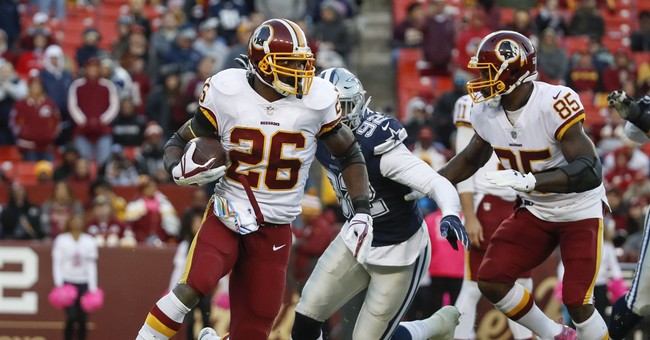 Cancel culture is devouring American culture from all directions. It’s not just statues of dead white men that are getting toppled, defaced, beheaded and dragged into lakes anymore. They burned the Virgin Mary near Boston and toppled an abolitionist in Wisconsin. They came for Goya foods. Cancel culture came for the Washington Redskins and scalped them. It didn’t matter that the man who designed their logo was Native American and most of them never saw the team’s name as a slur. Cancel warriors wanted it canceled. It’s canceled.

Cancel culture has been around for a few years as the left has weaponized social media and email campaigns to destroy its enemies. What they cannot win through elections they intend to take by brute force. It has spiked recently mostly out of frustration that the left can’t seem to beat Donald Trump. No matter what they do, no matter what lie they hurl at him, he’s still standing. So they’re going after anyone who supports him. They’re also creating piles of collateral damage along the way, but they never care about who they hurt. In fact, the more they hurt, the more fear they create and the more power they accumulate. A key component of the cancel culture message is that no one is safe, anywhere, anytime.

They’re also frustrated because they’re locked in under coronavirus. Idle hands are the devil’s workshop, as the old saying goes, and their idle hands tweet vicious attacks and get people fired. Wait -- that saying carries a religious reference. They’ll cancel it next week.

Cancel culture depends on the threat to harm people, and on the illusion that a massive number of people agree with them. The threat to harm does sometimes come true. Mobs have torn down and burned businesses during riots. They have killed people and then cheered about it. The threat carries some credibility, which the wokes know and use to their advantage.

The illusion of strength in woke numbers is just that: an illusion. Most Americans do not agree with them, but they might be intimidated all the same.

The cancel culture leaders, such as the pair who founded cancel hub Sleeping Giants, use social media and email to amplify their numbers to intimidate targets into submission. They choose an issue, select their target, and whip up a frenzy on Twitter and Facebook blasts against the target. They create email templates and disseminate them to their minions, who send in those emails from their own, often multiple, email addresses. If you’re the corporate PR flak seeing all these mean tweets and receiving all these angry emails, what would you think?

Mostly, they don’t think. They’re trained to avoid pain. They live to make the boss look good. They write a pasty-faced statement of surrender and tweet it out like a white flag as quickly as possible.

The wokes are traitors to freedom of speech, thought, and association. They’re killing our country and stifling our culture.

And they’re a digital racket that acts like the mafia. Think about it. They use some issue as a pretext to target you or your company or your favorite football team. They demonstrate the threat with a flurry of tweets, like a mobster showing you the gun under his coat or the henchman with the baseball bat standing outside the door. Then they say “Nice brand ya got there, would be a shame if something happened to it.” And the threats come in faster and more vile with each passing second. Then they watch for your reaction.

They're also attempting to defund the police. So as far as you know, there’s no Eliot Ness to come to your rescue.

The media rewards them with positive coverage, which translates into speaking gigs, influence, and donations.

How is this not mafia-like behavior? They’re even threatening people and companies across state lines. Hello, Uncle RICO.

The woke cancel culture must be unmasked, resisted, canceled, and shut down. They are intolerant, angry bigots who hate everything that has made America the best place to live. They cannot be allowed to steal the future by trashing the past today.