Adam Barsouk
|
Posted: Jun 09, 2019 12:25 PM
Share   Tweet
The opinions expressed by columnists are their own and do not necessarily represent the views of Townhall.com. 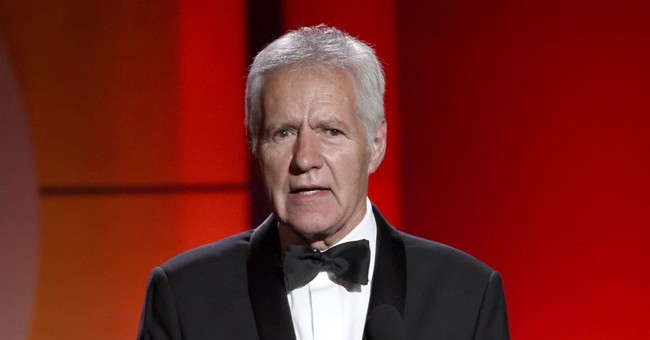 Jeopardy! host Alex Trebek recently announced that his stage IV pancreatic cancer, with an average 5-year survival rate of less than 3 percent, is receding at a “mind-boggling” rate only a few months into treatment.

Trebek shared that some of his tumors have shrunk more than 50 percent, a powerful sign that his treatment is working.

This extraordinary news comes as a stark contrast to the many public figures in recent years, including Steve Jobs, Aretha Franklin, and Charles Krauthammer, who lost their battles against the deadly disease.

Pancreatic cancer is particularly deadly, projected to become the second leading cause of cancer deaths by 2020. Nevertheless, recent advances in treatment and prevention have helped to more than triple the survival rate in the past 30 years.

Often times, as in Trebek’s case, pancreatic cancer does not get detected until it has metastasized, or spread to other parts of the body. The pancreas is hidden within the digestive system, doesn’t feel pain, and there is no recommended preventative diagnostic test as with breast or prostate cancers.

However, even in such an advanced stage, pancreatic cancer like Trebek’s can respond to new types of cancer therapy. Recently developed combination regimens of chemotherapy, like FOLFIRINOX, have become the standard of care.

Moreover, since 2005, three targeted therapies have been approved for pancreatic cancer, in combination with chemotherapy. Unlike chemo, a poison that hurts all cells in the body (though cancer cells disproportionately), targeted therapies block receptors or pathways unique to, or much more common in, that individual’s cancer, producing stellar results with fewer side-effects for those who are eligible. An immunotherapy which primes the body’s own immune system to recognize and attack cancer was also approved two years ago for specific patients.

Further clinical trials of new treatment approaches are showing remarkable promise, though unfortunately, drugs must often undergo a lengthy regulatory process before they can secure FDA-approval.

Equally important have been recent discoveries in pancreatic cancer prevention. The rise in the disease and dismally low survival rates have led some researchers to believe prevention is the best medicine. Logically, the risk of developing cancers of the digestive system often boils down to what we consume.

We have long known that the rise in colorectal cancer, especially among young Americans, is likely due to our lifestyles, rich in fatty and processed foods, and low in physical activity. Studies suggest pancreatic cancer may be much the same. Excess calories we don’t burn get deposited in our bodies as fat, which is a highly inflammatory tissue. In other words, that fat aggravates our immune system and initiates the uncontrolled growth we know as cancer.

Dr. Prashanth Rawla from Martinsville, VA, who is board certified in internal medicine with research interests in gastrointestinal cancers, has authored many publications on the risk factors behind pancreatitis and pancreatic cancer.

According to one of his studies published in the Clinical Journal of Gastroenterology, some 12 percent of pancreatic cancer cases can be attributed directly to obesity, and being obese may increase one’s risk by up to 40 percent. “Interestingly, the accumulation of belly fat is almost double as likely to lead to pancreatic cancer as fat in the hips,” Dr. Rawla told me, suggesting a genetic component to the risk as well. Another recent study confirmed that the odds of pancreatic cancer are tied to one’s weight, at least for those under 50. Studies have also shown that even for those battling cancer, diet and exercise (in moderation, of course) can help improve treatment outcomes.

Nevertheless, Dr. Rawla’s research on pancreatic cancer epidemiology finds that obesity is but one of many complex factors underlying pancreatic cancer, with cigarette smoking and family history posing the greatest risk. Doctors like Rawla are racing to understand the deadly cancer's origins in the hopes of both preventing and better treating it.

We have no way to know exactly what treatment Alex Trebek is receiving, or the lifestyle advice offered by his physicians. However, he is but one of the roughly 56,000 Americans diagnosed with pancreatic cancer each year who have benefited from the latest advances in treatment, made possible by our world-class healthcare and cancer investment and research. He has graciously used his disease to raise unprecedented funding and attention for pancreatic cancer.

Perhaps it is fitting that the medical miracle of one of America’s most beloved television personalities is a testament to America’s unique and innovative health care system.