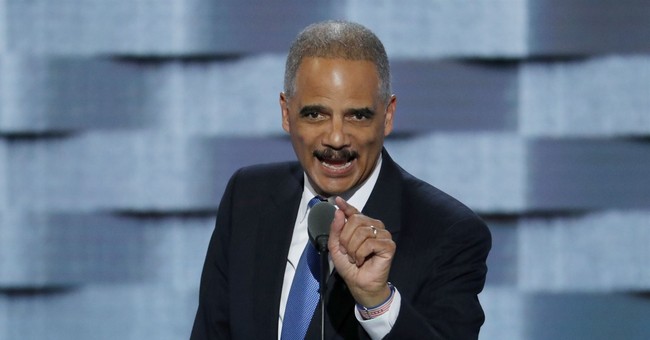 Here in Wisconsin, we’ve had our fair share of fights. We’ve fought to defend the conservative ideals of hard work, limited government and personal responsibility – taking on the big government union bosses along the way.

Now, we have a bigger fight than ever – led by none other than President Barack Obama’s Attorney General Eric Holder, with liberal special interests preparing to target our state like never before.

When I became Governor of Wisconsin, we inherited a $3.6 billion deficit, sky-high unemployment, and record job loss. For years, big government special interests were in charge and driving our state into the ground. We knew it would take bold action to change course, and that’s exactly what we did – now, Wisconsin is working.

It wasn’t easy – liberal union bosses came out in force, fighting against us every step of the way – and we learned what the angry Left looks like here in Wisconsin.

Many of those same angry liberals are out in force again, but this year is different – their anger is unprecedented, and they are motivated.

Already, the outside special interests are lining up to target us. Big government unions like the SEIU, AFL-CIO, and AFSCME, liberal extremists like George Soros and Tom Steyer, and far-Left groups like the ACLU and Planned Parenthood are laying the groundwork for a fight unlike anything we’ve ever seen in Wisconsin. They are pledging to spend tens of millions of dollars to rollback our nationally-leading reforms and we’re expecting this will be the most expensive cycle in state history.

We need to fight to protect the progress we’ve made and keep Wisconsin working. Under our leadership, unemployment is at a historic low, we’ve balanced the budget and lowered the tax burden, putting the power back into the hands of hard-working taxpayers. We’ve prioritized workforce development, setting a national example for a vibrant and dynamic workforce.

Now that Wisconsin is working, we’ve made record investments into education, highlighting the potential of what conservative reforms can do for students and families. We enacted bold welfare reforms that are leading the nation and helping people achieve true independence by ensuring that public assistance is more like a trampoline and less like a hammock. But we know that there is more to be done to keep Wisconsin moving forward.

On behalf of the hard-working taxpayers in Wisconsin – and those who look to us as a national conservative leader – I am telling you that this is going to be a fight for the heart of conservatism as we know it. We need to stand up for the future we want for ourselves and for our children.

The liberals are angry and motivated – we need to counter with organization and our optimistic plan for the future.

Our reforms have Wisconsin working, and I’m asking you to stand with us to defend them. This is a nationwide fight for our conservative values – the responsibility rests on all of our shoulders to stand up for the reforms that we know are right and working. Join our team – your support is invaluable – as we fight for conservatism across the country.