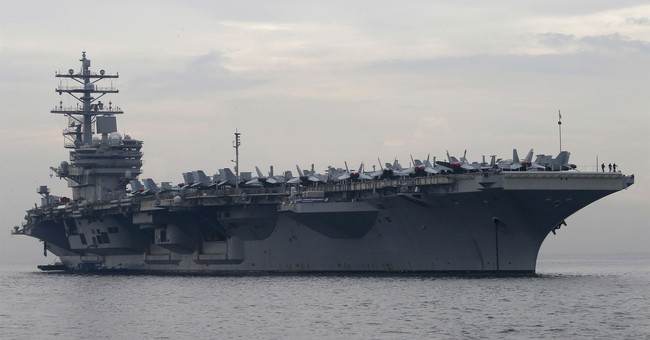 A new nonpartisan report conducted at the behest of key Republican leadership in Congress found that the U.S. Navy Surface Warfare is not prepared for war.

The primary incidents that sparked this investigation were the U.S.S. Fitzgerald collision in 2017, the surrender of a small boat to Iran in the Persian Gulf, and the burning of the U.S.S. Bonhomme Richard.

Veterans of the Navy were interviewed about their experience in the service. When asked if the interviewees believed the incidents above were part of a broader problem in Navy leadership or culture, 94 responded "yes."

94% of vets interviewed in new report say recent incidents like the USS Fitzgerald collision are a part of a broader problem in Navy culture & leadership.

"This sentiment, that the Navy is dangerously off course, was overwhelming." pic.twitter.com/bbO2eLaHrs

The most important problem raised by the report is an apparent insufficient focus on warfighting.

"Perhaps the most concerning comment and consistent observation amongst interviewees was that the service does not promote or advance surface ship warfighting in a meaningful way," the report detailed. "Finding and sinking enemy fleets should be the principal purpose of a Navy. But many sailors found their leadership distracted, captive to bureaucratic excess, and rewarded for the successful execution of administrative functions rather than their skills as a warfighter."

One interviewee even had this to say: “Sometimes I think we care more about whether we have enough diversity officers than if we’ll survive a fight with the Chinese Navy.”

Tom Cotton released a statement on the report's findings, which he described as "very concerning."

"Our sailors are too often deprived of the training and leadership they need to fight and win at sea. A Navy that puts lethality, warfighting, and operational excellence at the heart of its culture is absolutely essential to our national security."

The findings of this investigation into the Navy’s culture are concerning. I intend to work with veterans, Navy leaders, and my colleagues to implement the report’s recommendations.https://t.co/9U0pVSZd6z