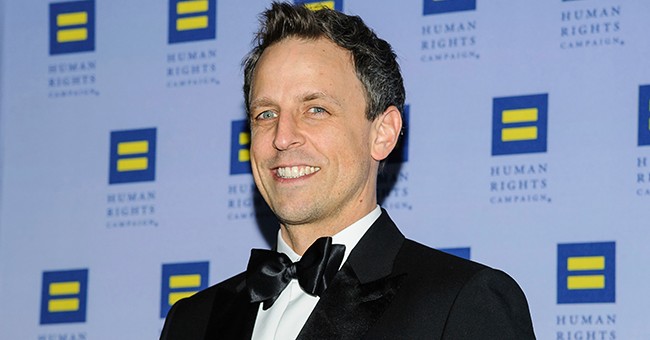 Late night comic host Seth Meyers tweeted a joke Tuesday night responding to President Trump's address on why funding a wall along the southern border would prevent more Americans from dying at the hands of illegal immigrants.

In President Trump's address from the Oval Office, he spoke about a California police officer, Ronil Singh, who was murdered in "cold blood" the day after Christmas at the hands of an illegal immigrant. Singh was a U.S. citizen who immigrated to the U.S. legally from Fiji and who is now succeeded by his wife and young son.

Meyers, alluding to the television show, "Law & Order: Special Victims Unit," wrote during the president's address on Twitter, “Is this Oval Office: SVU?”

Is this Oval Office: SVU?

The backlash was immediate and swift from all sides of the political spectrum.

Conservative pundit and co-host of Fox New's The Five, Greg Gutfeld responded with criticism for how the "joke" was not at all funny:

just wondering if there was anything less funny than seth meyers - turns out, it's his twitter feed. https://t.co/rwISQW10oh

One of Myers's former NBC colleagues, Megyn Kelly, wasn't pleased with the comment either and found it to be offensive. "I’m sure that’s hysterical to the families of the murder victims the president just discussed," wrote Kelly on Twitter:

I’m sure that’s hysterical to the families of the murder victims the president just discussed. https://t.co/XOOWeWZMSp

Meyers is frequently critical of President Trump on his show - just like other comedians who we already know are not funny!

With over 5,000 replies to the tweet, here are some of most interesting responses:

I’ve always enjoyed your humor but this is offensive. Fine if you don’t want the wall but please don’t make jokes about victims & their families. No one deserves to die and if they do, we can honor their memories. You’re nothing short of a disgrace for forgetting that.

If an angel mom would like to organize an advertiser boycott of @sethmeyers, get in touch. https://t.co/XAGzkrg62y