'Healing from Internalized Whiteness' Conference Travels to D.C. Ahead of Women's March 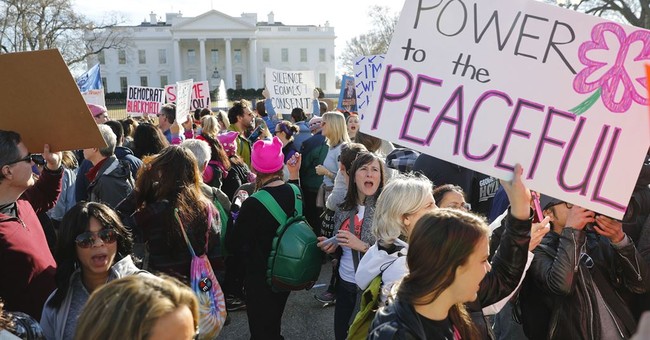 Do you struggle with your "Internalized Whiteness" and want to learn how to "stop arguing with white people about racism" while discovering "how to invite them into racial justice work for their own healing?" If so, you are in "luck..."

An upcoming three-day conference in Washington, D.C. "Healing from Internalized Whiteness," will be held for "white people," as organizers seek to address how to fight for "racial justice" in the country.

Everyday Feminism, the host organization, has designed a webpage for the event that discusses the ways to "reconnect to your humanity outside of whiteness and co-create an anti-oppressive community." Sandra Kim, the founder of the organization, stated specifically on the site that "white people" need "to heal from their unconscious attachment to whiteness."

Conference goers will begin day one with a tutorial on "Understanding Internalized Whiteness," which will be centered on how The United States is a "society built on white supremacy" and "systemic racism," that has made it "impossible for you to not have internalized whiteness."

Day two will dive into training on how to "heal" and "acknowledge your own whiteness" in which the site warns could leave you "feeling angry at yourself" which might lead to recognizing the pain of "having been turned white."

The final day, before heading off to The Women's March that Saturday, will discuss how to begin "healing our relationships," with those around us about racial issues and tensions in our homes and communities.

Discussion topics will range from how "white people and people of color" don't "realize everyone has internalized white supremacy to a certain degree" due to the fact "its the air we breathe."

While another topic on the agenda is "white tears"...

"Too often, emotional outbursts like "white tears" and "white fragility" are often used by white people to derail conversations around racism. It keeps them in a position of being "good" and deserving of comfort from others."

"It is also often painful for people of color to witness white people becoming more conscious of white supremacy. It often reminds them of the vast disconnection between their lives that are often defined by racism and those of white people who get to remain ignorant of its violence, which allows it to continue unchecked."

The politically motivated conference also notes that the "Trump administration’s blatant racist policies" which have made more "white people" acknowledge their racism.

The three-day training will set you back $475 while offering a discounted rate for individuals who make less than $30K per year. The convention of social justice warriors, will take place from January 16 to January 18, 2019; notably leading up to The Women's March which will take place on Saturday, January 19th.

Townhall has reached out to the "Everyday Feminism" organization who is hosting the event, regarding if there are any ties between The Women's March; but no comment has been received. This story will be updated if and when one is received.