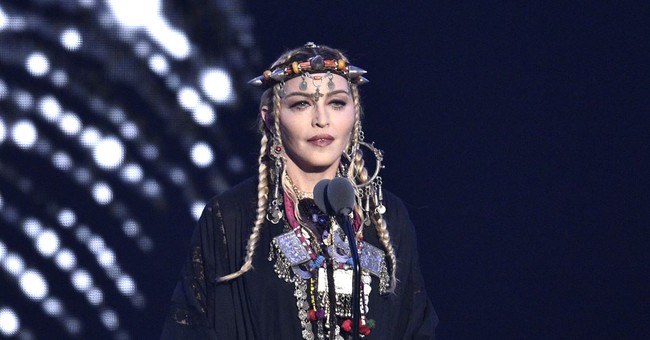 The gun control advocate tweeted on Saturday that the pop singer’s video was “horrible” and “not the correct way to talk about gun violence.”

Madonna said she created the video in the hopes of bringing awareness to gun violence, calling it the "biggest problem in America right now."

The video depicts club-goers being targeted by a gunman in a mass shooting.

A message at the beginning of the video states: “The story you are about to see is very disturbing. It shows graphic scenes of gun violence. But it’s happening everyday.”

González said that Madonna should have issued a trigger-warning for her video, especially as it was released around the anniversary of the Pulse nightclub shooting, in which a gunman killed 43 people.

She should have sent out a message warning what her new video contained, ESPECIALLY to the Pulse Victims, ESPECIALLY as it was released Just After the Anniversary on June 12th.

In an interview with People magazine, Madonna said that she hopes her music video will make people realize "that no one is safe. Not even themselves."

González seemed to disagree with Madonna's method, instead tweeting how fans could actually help with efforts to combat gun violence.

If you want to support the gun violence prevention movement, donate to the places who need it, in this case the One Pulse Foundation and listen to the actual stories from actual survivors of gun violence. #GodControl

This latest controversy is sure to break any kind of relationship between the pop singer and González. In Madonna's latest album, "Madame X," González's voice is featured in a song called "I Rise," which includes excerpts from a speech she gave.

After surviving a shooting at Marjory Stoneman Douglas High School which killed 17 people, González has become a national icon and vocal advocate for gun control.