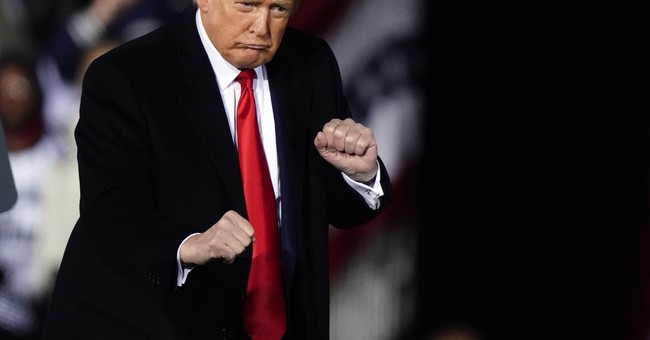 Today is the day. It’s the final showdown regarding the 2020 election. Congress is about to certify the Electoral College results. There are about 140 House Republican members who plan to object to the results. In the Senate, Sen. Ted Cruz (R-TX) and eleven other senators also plan to object to the results, sparking hours of debate. This will be an all-day and all-night event.

In the meantime, President Trump is addressing a pro-Trump rally in the capital. The Save America rally, where legions of patriots have descended into Washington D.C. to show their support. At the same time, hordes of leftist thugs have also entered the city. Tension is high. The National Guard has been called up. So, on top of the fireworks that are about to begin on the Hill, there’s a real concern of violence breaking out between pro-Trump patriots and these left-wing thugs.

"They don't even care about the Senate results this morning. They are focused on mainly Donald Trump and wanting to see ... this election overturned." pic.twitter.com/UOXi4mRp2s

This CNN chyron is unsurprisingly OUTRAGEOUS!

Apparently abiding by a constitutional process that Democrats themselves have used is now considered a “COUP” by the Fake News activists!

CNN has become a sad parody of a news network ?? pic.twitter.com/05NcaVfZSp

- @realDonaldTrump takes the stage at rally in Washington DC