WATCH LIVE: Townhall Media Commentary of Night 4 of the 2020 RNC 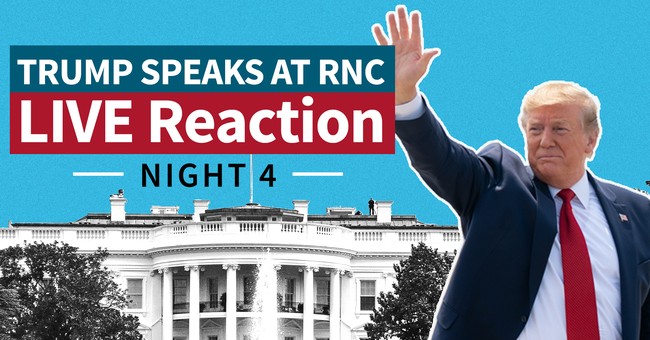 The last night of the RNC is here. Join Townhall Media for live coverage and analysis of the Republican National Convention in Charlotte, North Carolina, and President Donald Trump's nomination acceptance speech from the White House. Townhall's coverage will begin at 8:15 pm ET, with the convention kicking off at 8:30 pm ET.