WATCH LIVE: Townhall Media Commentary of Night 2 of the 2020 RNC 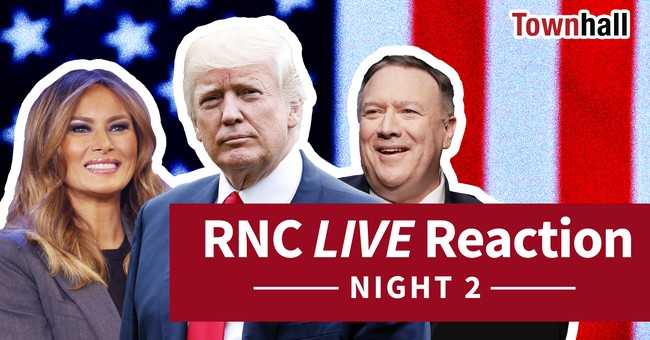 Join Townhall Media for live coverage and analysis of the Republican National Convention in Charlotte, North Carolina! Townhall's coverage will begin at 8:15 pm ET, with the convention kicking off at 8:30 pm ET.

You can watch the live stream on YouTube below, or watch it on Townhall.com's Facebook page. If you would like to watch the convention without live commentary, check out Townhall's live blog.

Where Did All of These Haitians Come From and Why Are They at the Border Now?
Townhall
Ted Cruz asks Richard Blumenthal a simple question about African American voter participation, and Blumenthal's answer 'speaks volumes' [video]
Twitchy
Ted Cruz Asks Richard Blumenthal a Question About Black Voter Participation That Blows up Dem Narrative
Redstate
Another Russian Attack on America's Food Supply—Because Nobody Takes Biden Seriously
PJ Media