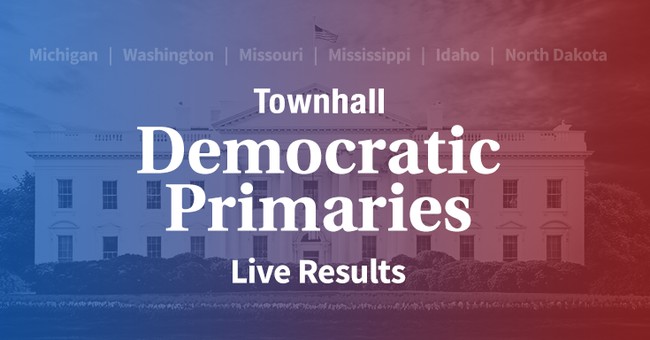 It's the second Tuesday in a row with a whole host of primary contests on the schedule. Former Vice President Joe Biden dominated last Super Tuesday, picking up several endorsements from former competitors along the way. Today's contests are in Missouri, Mississippi, North Dakota, Idaho, Washington, and Michigan. Most eyes will be on Michigan, where Sen. Bernie Sanders (VT) has to pull off a win, or it's game over.

Catch all the latest updates on our Townhall live blog.