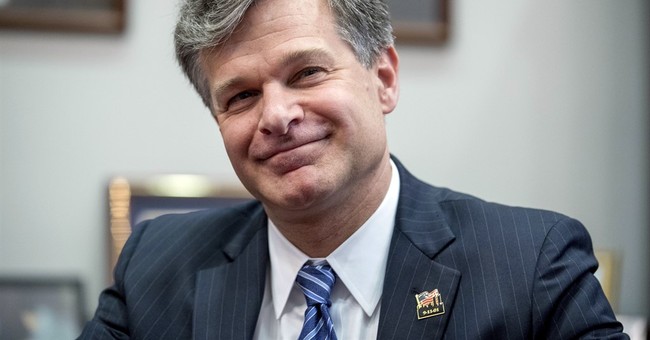 Following President Trump's firing of James Comey, former Justice Department official Christopher Wray is set to testify before the Senate Judiciary Committee, hoping to be confirmed. Wray served in the Bush Administration as an assistant attorney general. The nominee is expected to be questioned about his years in the Bush Administration, as well as his relationship with President Trump.

In his opening statements, after addressing his family members in the audience, Wray voiced his awe of this consistent integrity of the FBI:

"I am honored to be nominated by the President to lead the FBI and humbled by the prospect of working alongside the outstanding men and women of the Bureau. Time and time again—often when the stakes are at their highest—they have proven their unshakeable commitment to protecting the American people, upholding the Constitution and laws of  2 the United States, and demonstrating the virtues found in the FBI motto: Fidelity, Bravery, and Integrity."

The nominee addressed his years in the Justice Department, which he says fueled his passion for the law. He cited his experience during 9/11 and the Bureau's work to defend every American.

Wray spoke to his passion for the law, which, if nominated, will be his guiding light.

"My loyalty is to the Constitution and the rule of law. They have been my guideposts throughout my career, and I will continue to adhere to them no matter the test," he said.

Christopher Wray closed by expressing the honor to be nominated FBI Director, and his desire to protect and defend all Americans.