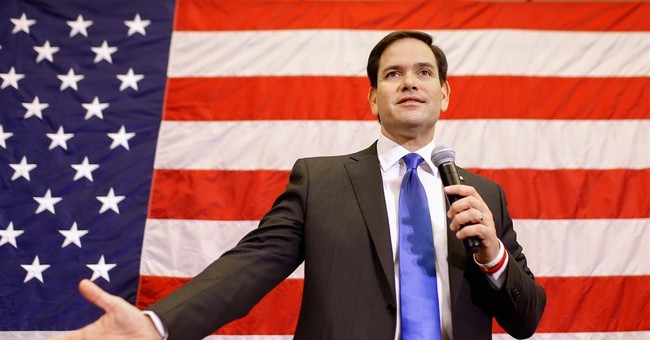 Together with Change Politics, Townhall Media’s “Conservatives Speak!” forum has given Americans across the country access to the 2016 presidential candidates in a way that will shape elections to come.

Today, Florida Senator Marco Rubio responded to the top six issues, chosen by you, our readers:

1. Bob Owens: Why do you think the Founding Fathers considered the Second Amendment the next most important right after the freedom of speech? 2. Matthew Vespa: How would you reverse President Obama's ambitious environmental regulatory agenda and protect fixed-income seniors from rising energy costs? 3. Cortney O'Brien: How high of a priority will it be for you to defund Planned Parenthood during your first term in office? 4. Moe Lane: If elected, who specifically (please give a name) would you nominate to the Supreme Court? 5. Joseph Cunningham: As a parent and a teacher, I'd like to know: what are your plans on bringing about change in education in America, such as school choice? 6. Editor's pick: Kelly Brady | Berkley, MI: What does it mean to be a conservative in 2016, and ideally, how should that change - if at all?
AG Garland Debunks Democrat 'Insurrection' Claims About January 6th
Spencer Brown
Another One: New Poll Shows Biden Approval Sinking into 30's
Guy Benson
Why Did You Do That, Netflix CEO? The Woke Mob Was Mostly Defeated Over Dave Chappelle Controversy
Matt Vespa