Poll: More Americans Would Rather Have Accurate Weather Forecasts Than Self-Driving Cars 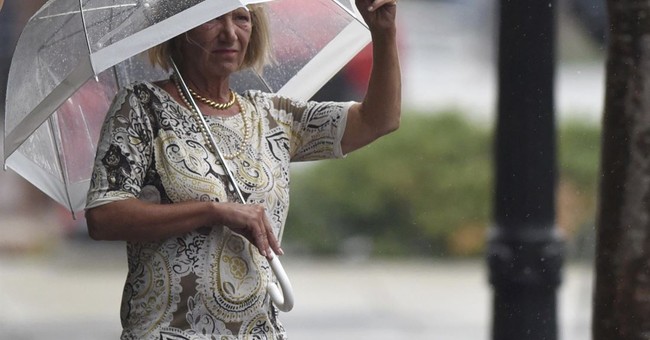 Self-driving cars. The government keeps jamming them down our throats by providing tax subsidies and other perks to companies like Tesla. They cause all sorts of problems. People are sleeping in them. They stink on ice. And, a new poll shows that most do not want them. They are not interested in cars that drive you from Harrisburg, PA to Topeka, KS while you wolf down Tasty Kakes and Yuengling beer with both hands on your food and drink and your eyes watching SportsCenter. More Americans simply want technology that can accurately predict the weather.

More Americans would rather have accurate weather forecasts than self-driving cars. pic.twitter.com/JtGSlzEewu

This poll comes as a California patrol car had to stop a high-speed chase this week due to his Tesla's car battery running low, showing these vehicles are pretty inefficient in other areas as well.

The East Bay Times reported that the officer was driving a Tesla Model S during a high-speed chase when he noticed that it was running low on juice. The policeman radioed in to dispatch to say he may need backup if the electric car runs out of power.

“I am down to 6 miles of battery on the Tesla, so I may lose it here in a sec,” the officer, identified as Jesse Hartman, reportedly said. “If someone else is able, can they maneuver into the No. 1 spot?”

The police eventually called off the chase after the assailant began driving recklessly through thickening traffic, according to the report. The car was later discovered abandoned in San Jose.

This poll also raises the question, if Americans don't even trust our current technology to give accurate weather forecasts 10 days from now, why should we trust the Democrats on their global warming predictions 10 years from now?