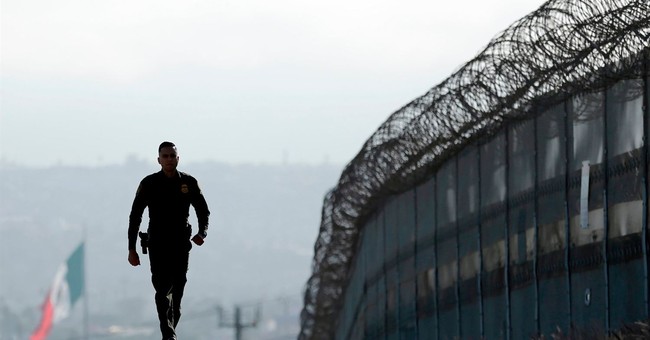 A man legally residing in the United States will be deported after serving 30 months in jail for his role in an illegal gun smuggling operation running from Arizona into Mexico.

Tucson.com reports that Ricardo Alberto Ruiz Pelayo, 24, was sentenced last week after pleading guilty in 2018 to "one count of unlawful smuggling goods from the United States." In September of last year, Pelayo attempted to cross from Arizona into Mexico. Authorities stopped him and searched his car. "An inspection of his vehicle located three AR-15 style assault rifles and two Glock handguns in addition to three magazine clips," according to a press release sent the Department of Justice.

He will now serve two and a half years in jail and subsequently be deported upon his release.

Trafficked guns into Mexico from the United States is helping to fuel the nation's growing violence problem. According to PBS, these weapons are smuggled in virtually every way possible in vehicles:

A 2016 study by the Small Arms Survey, an independent research project that’s part of the Graduate Institute of International and Development Studies in Geneva, Switzerland, found that the majority of weapons trafficked from the U.S. into Mexico are smuggled over land in vehicles. The type of vehicles vary, as well as the manner in which weapons are concealed, factors that further complicate government efforts to stop the smuggling, the study noted.

Trafficking cases documented from 2009 and 2015 reveal the variety of ways gun runners hide guns in vehicles.

“Trafficked weapons were hidden in every conceivable location, including in the fuel tank, above the exhaust system, and under the bumpers,” the study said.