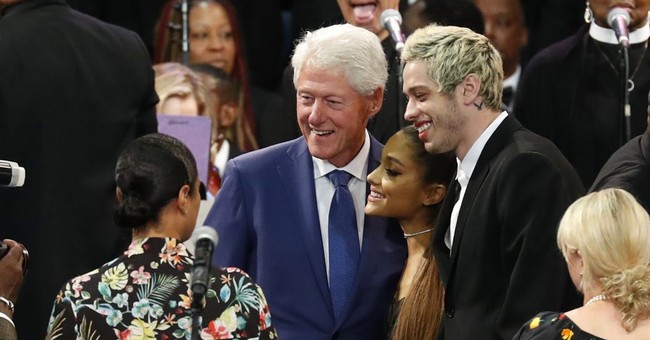 There's a wonderful line from the 2007 documentary, Indoctrinate U, regarding the left's propaganda machine on college campuses. One professor jokingly quips that progressives are "quite ruthless about their desire for a kinder and gentler world." The same can and should be said about Planned Parenthood's dedication to indoctrinating the next generation and public at large via pro-abortion lies perpetuated by some of the music industry's most popular stars. The National Review's Mairead McCardle reports that the taxpayer-funded abortion conglomerate has recruited at least 136 musicians to discuss recent state abortion bans and encourage their fans to vote for anti-life politicians at their performances.

Planned Parenthood is launching a new campaign titled, "Bans Off My Body." Here are the details from their website regarding this petition:

Our bodies are our own — if they are not, we cannot be truly free or equal. Across the country, some politicians are trying to make decisions about our bodies for us. We won’t let the abortion bans sweeping the country put our lives and futures at risk, and we won’t be silenced while our fundamental right to control our bodies is taken away.

Everyone deserves health care that's free of shame, stigma, or judgment. Together, we say: Get your bans off my body!

McArdle reports that "As part of the campaign, the organization...will educate concertgoers about the recent wave of hard-line abortion restrictions sweeping the country on the state level. It hopes to get half a million signatures for a petition protesting the bans by January 22, the 47th anniversary of Roe v. Wade."

"Artists can highlight how out-of-touch some of our politicians are in this space,” Planned Parenthood acting president Alexis McGill Johnson said of the effort. "They can hold up a mirror and say, [to quote] Marvin Gaye, ‘What’s going on?’"

"It’s incredibly powerful to see artists who not only recognize their role as influencers, and are personally searching for access to information to connect to their constituencies, but also to think about how to take it to the next step," Johnson added.

"What I love about this list of [artists] is how next-generation it is. It feels like we’ve turned a corner in stigma, when mainstream artists can use their platform to really call attention to what’s happening in our country," Johnson continued.

Keep in mind that Planned Parenthood receives $500 million in federal tax dollars, and closer to $1.5 billion of taxpayer money after factoring in Medicaid payments. So if you're wondering why you can't keep more of your hard-earned money to support your family or send your child to summer camp, it's because the government is using your tax dollars to fund Planned Parenthood so Hollywood can encourage your daughters to kill their babies. But just remember, it's all in the supposed effort to create a "kinder and gentler world."