Bernie Sanders Calls For $60k Base Salary for All Teachers, End of For-Profit Charter Schools In New Education Plan 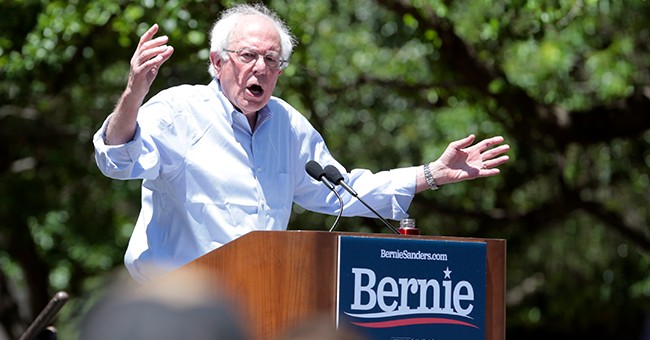 Vermont Democratic socialist and presidential candidate Bernie Sanders announced his education overhaul plan, including 10 key points he says are needed to help address failing schools and improve the quality of education for Americans. Amongst these points are increased spending on teachers' salaries and school programs as well as an end to for-profit charter schools.

"Every child has a right to a quality K-12 education, regardless of your race, regardless of your income, and regardless of your zip code," Sanders said in a speech in South Carolina. "For too long, we have seen devastating education funding cuts used to pay for massive tax breaks for a handful of corporations and billionaires. When we are in the White House, that greed is going to end."

As CNN reports, "The Vermont independent senator proposed a salary floor of $60,000 a year for teachers tied to cost of living and a boost in the above-the-line tax deduction for out of pocket expenses on supplies."

He also called for increased spending on extracurricular activities, providing year-round after-school programs as well as meals served to students during summer and on vacation.

The plan is called "A Thurgood Marshall Plan for Public Education." Senator Sanders says on his website that, "Every human being has the fundamental right to a good education. On this 65th anniversary of the Brown v. Board of Education decision, we are committed to creating an education system that works for all people, not just the wealthy and powerful."

Included in the 10 key points is also a call to ban all for-profit charter schools. "Charter schools are led by unaccountable, private bodies, and their growth has drained funding from the public school system," his website says.

"The damage to communities caused by unregulated charter school growth must be stopped and reversed," it continues.

According to CNN, this drew criticism from Amy Wilkins, senior vice president of advocacy at the National Alliance for Public Charter Schools. Wilkins "said that Sanders is ignoring evidence that charter schools have helped thousands of children in at-risk situations."

"Sanders' call is out of touch -- as usual -- with what African Americans want," Wilkins told the news network. "More disturbing, the Senator -- for personal political gain -- would literally lock African American students into schools that have failed them for generations."

Senator Sanders, arguably the most progressives of Democratic candidates, is the first candidate to release his detailed plan for education.