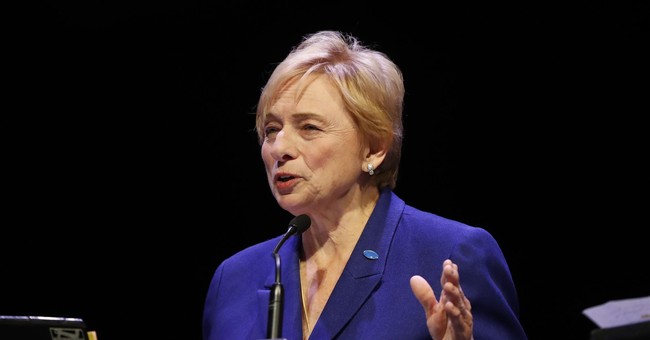 "Our history is by no means perfect. But, for too long, it has been written and presented in a way that fails to acknowledge our shortcomings,” Gov. Mills said at the signing.

“There is power in a name and in who we choose to honor. Today, we take another step in healing the divisions of the past,” she added.

As reported by NewsCenter Maine, "Gov. Mills was joined by Rep. Collings, Penobscot Nation Tribal Ambassador Maulian Dana, and the Chiefs from Maine’s Tribes for the signing ceremony of the new bill Friday."

Columbus Day has been celebrated since 1937 in honor of Christopher Columbus. Since that time, five other states have also passed legislation changing the name. Critics have long asserted that Columbus, despite his voyage to the Western Hemisphere, should not be honored due to his treatment of indigenous people.

To this point, U.S. historian Jim Loewen says, “We’re not going to forget about Columbus. The question that people miss is: Is there a difference between honoring and remembering?”

But, this past fall after a barrage of cities opted to ditch Columbus Day, historian and author Erasing America: Losing Our Future by Destroying Our Past James S. Robbins argued the name change is nothing more than progressives attempting to assert their own viewpoint to fundamentally change America's values.

"Well the point is if we feel bad about our country and about the past they can rewrite the future they want. Progressives want to turn the United States into a socialist country. If you say everything in the past is badm they can come up with a future that fits whatever they want to make it."