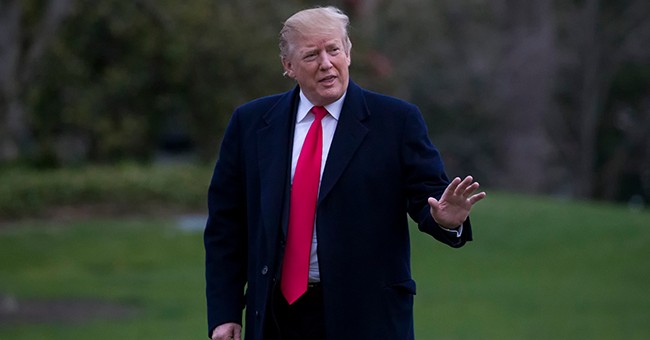 In wake of harsh criticism from across the political spectrum, President Trump told the media earlier today that his administration will actually request that Congress continues funding the Special Olympics, despite Education Secretary Betsy DeVos' recommendation that millions of taxpayer money be cut from the non-profit's budget.

Today on Capitol Hill, Sec. DeVos told Congress that she was not directly involved in deciding the budget cut recommendation, but insisted that she supported the suggestion because the Special Olympics receives so much private support.

As noted by CNN, DeVos got into a heated exchange with Illinois Senator Dick Durbin regarding the funding.

She continued, "Let's not use disabled children in a twisted way for your political narrative. That is just disgusting and it's shameful, and I think we should move on from that."

Durbin fired back: "Well Madam Secretary, let me tell you, eliminating $18 million from a $70 or $80 billion budget, I think is shameful, too. I am not twisting it."

Sec. DeVos also noted that she personally had given a portion of her salary towards Special Olympics. Following President Trump's announcement, he wanted funding, Sec. DeVos announced she saw eye-to-eye with the commander-in-chief and supported funding.