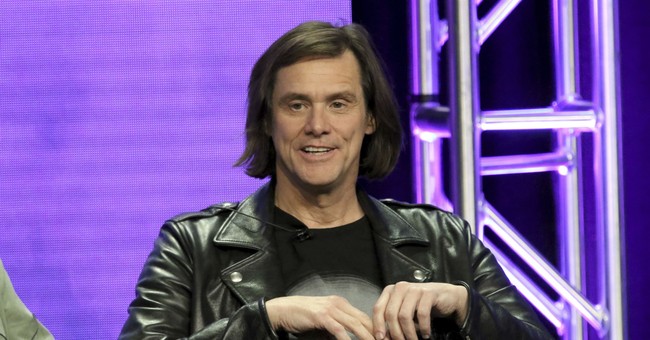 The Media Research Center's Brent Baker picked up a gem of a clip of Hollywood's Jim Carrey on HBO's "Real Time with Bill Maher" discussing the Democratic Party's communication problem. The multimillionaire comedian argued that Democratic candidates have to embrace the socialist label and say "yes" to the political philosophy in order to win elections and help the country.

“We have to say yes to socialism, to the word and everything. We have to stop apologizing," the co-star of Dumb and Dumber said to Maher and the audience.

Video: Actor @JimCarrey on HBO’s #RealTime: “We have to say yes to socialism, to the word and everything. We have to stop apologizing.” #TTT pic.twitter.com/g1BzB4pHue

This argument echoes New York gubernatorial candidate Cynthia Nixon who iterated essentially the exact same message over the summer at NetRoots, a progressive gathering that occurs each year.

"Republicans are going to call us socialists no matter what we do, so we might as well give them the real thing," Nixon said.

Cynthia Nixon at #NN18: "Republicans are going to call us socialists no matter what we do, so we might as well give them the real thing."

The real thing of socialism can be seen currently in Venezuela, where government officials are now forced to slaughter zoo animals to feed their people. Likewise in the clip seconds before Carrey says Democrats must become socialist, Maher asserts that America has been a quasi-socialist nation for essentially 100 years because of the military industrial complex. The government, he argues, spends money on tanks even though the Pentagon says they do not want them. But, the feds pay for the bill anyway to serve as a jobs program according to Maher. If Maher is correct, doesn't that undercut the whole idea of socialism by pointing out the government wastes tons of money on unnecessary projects?

But, perhaps more concerning is the fact that it seems as if the Democratic Party is copying the playbook of Warren Beatty in Bulworth. All we need is for one of these liberal politicians to start rapping about that "dirty word socialism."