Rubio: I 'Guarantee' Any Strong Russian Collusion Evidence Would Have Been Leaked By Now 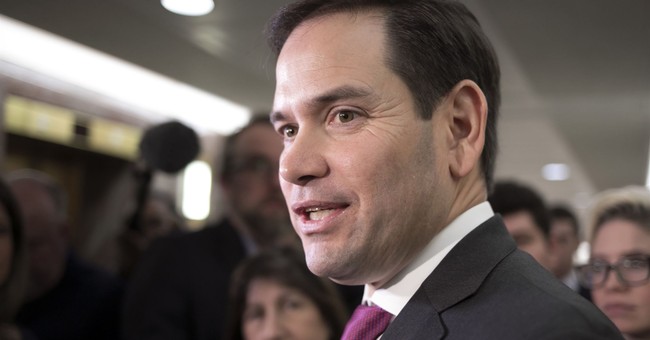 Sen. Marco Rubio (R-FL) told Fox News Sunday that he believes if special counsel Robert Mueller actually had any incriminating evidence on President Donald Trump or his campaign colluding with Russians to interfere in the 2016 presidential election that "it would have been leaked by now.

“I am comfortable in saying this: if there was evidence, strong evidence of collusion, I guarantee you it would have been leaked by now,”  the Republican senator said.

Sen. Rubio drew the ire of conservatives and Trump supporters in July when he said that the FBI did nothing wrong by spying on Trump's campaign advisor, Carter Page.

"I don't believe that them looking into Carter Page means they were spying on the campaign. I also don't believe it proves anything about collusion," Rubio told CNN. "He was a guy that was on their screen even before the campaign…I don't think it's part of any broader plot. The only plot here is the plot to interfere in our election by the Russians."

President Trump tweeted last week that Attorney General Jeff Sessions should shut down the "rigged witch hunt," but there is no indication the investigation will stop anytime soon.