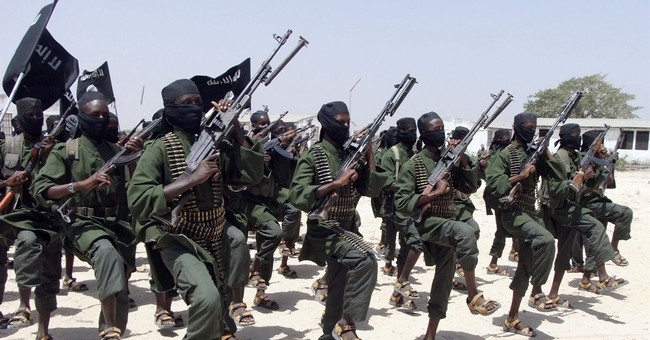 An American soldier has been killed in Somalia while serving as part of an American Special Operations forces team. Four others were wounded as well during an ambush attack conducted by the Islamic extremist group al-Shabab in the southwestern part of the country.

Al-Shabab is a partner group of al-Qaeda. As noted by the New York Times, "in the past two months, Shabab militants have claimed responsibility for attacks that have killed more than 150 people, including Kenyan soldiers stationed at a remote desert outpost and beachcombers in Mogadishu."

This is the first American death while in combat on the African continent since October. In a similar style attack, terrorists killed four American soldiers and their interpreter while in Nigeria. There are currently 500 troops stationed in Somalia fighting Islamic terrorism, but there could be more due to shadow wars. There are an estimated 7,300 American troops around the globe conducting these special operations.

The Department of Defense recently stated that America would be cutting its Special Operations presence in Africa by half over the next few years, but questions remain as to what America's exact mission is on the continent.

President Donald J. Trump issued his condolences to the American soldier who lost his life on Friday.

My thoughts and prayers are with the families of our serviceman who was killed and his fellow servicemen who were wounded in Somalia. They are truly all HEROES.

Per U.S. military policy, the soldier's name will not be released until next of kin has been notified.