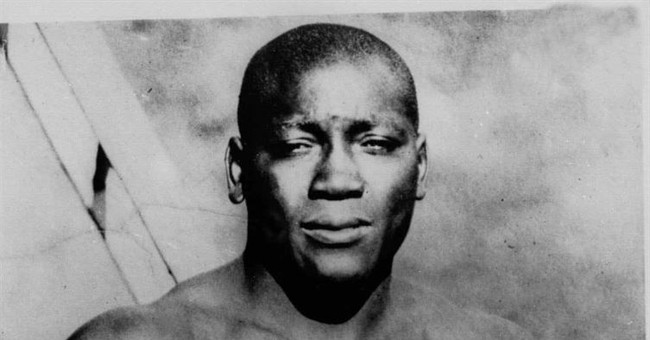 Sylvester Stallone called me with the story of heavyweight boxing champion Jack Johnson. His trials and tribulations were great, his life complex and controversial. Others have looked at this over the years, most thought it would be done, but yes, I am considering a Full Pardon!

In 1913 Jack Johnson, the world's first African-American heavy weight champion, was wrongfully convicted for taking his white girlfriend across state lines for what the court deemed "immoral purposes." The conviction occurred under the Mann Act. The act's intended purpose to crack down on human trafficking, but unfairly targeted dozens of African-American men.

In 2016, Sen. Harry Reid and Sen. John McCain petitioned President Obama to issue a posthumous pardon for Johnson. "While it is unfortunate that this unjust conviction was not corrected during the boxer's lifetime, a posthumous pardon today represents the opportunity to reaffirm Jack Johnson's substantial contributions to our society and right this historical wrong," they wrote in a letter.

President Obama declined and the senators petitioned President Trump in March 2017. Cory Booker joined them. Sen. McCain wrote, "Jack Johnson is a boxing legend and pioneer whose reputation was wrongly tarnished by a racially motivated conviction more than a century ago. Despite this resolution passing both chambers of Congress several times in recent years, no pardon has been issued to date. I hope President Trump will seize the opportunity before him to right this historical wrong and restore a great athlete’s legacy.”

The decision to convict Jack Johnson was heavily racially motivated due to his success in the boxing ring. The following film details his story through the eyes of his great-great niece.