For the Love of the Game: Hawaiian Man Spends Potentially Last Moments on Earth Golfing 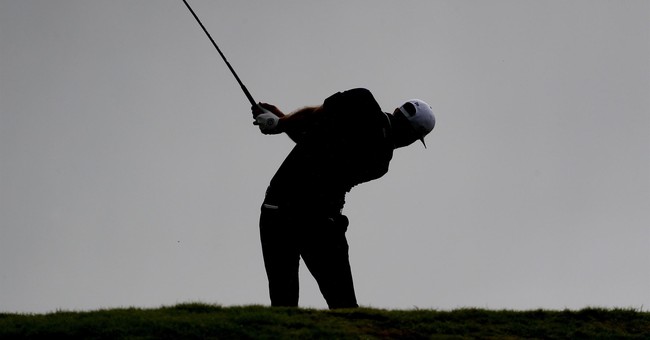 "Golf is a good walk spoiled," American author Mark Twain is credited as saying. Golf, a game as beautiful as it is frustrating, is played daily by thousands of men and women. Time and time again, a good golf round is ruined by slow play, a call from a spouse demanding their loved one home, or inclement weather. But for one Hawaiian man, absolutely nothing could get in the way of finishing his round, not even a potential ballistic missile strike.

Alohi Gardner of Honolulu, Hawaii tweeted a video taken by her father, right after the entire state received a mass emergency notification warning the population to seek shelter.

"If you are watching this video, that means I didn't make it. Because of the missile that's coming towards Hawaii. I just parred the last hole. And I just hit the schiznick out of my ball," the man says to his smartphone.

"So, I love you all but I'm playing golf. This is the last thing I'm going to see," he says as he pans the camera to show a gorgeous golf course in Hawaii.

My father will live and die golfing. #missile #hawaii pic.twitter.com/BT4cPvwt1O

The text message her father received read, "Emergency Alert: BALLISTIC MISSILE THREAT INBOUND TO HAWAII. SEEK IMMEDIATE SHELTER. THIS IS NOT A DRILL." While he took it in stride, many others were understandably worried and panicked, heeding the text's advice.

But, as the legendary golfer Bobby Jones said regarding the challenges of the sport, "Of all the hazards, fear is the worst." It would appear the only fear Alohi's father had was that he would not be able to make it to his ball for his next shot before the missile hit.