How Much Have Energy Bills Risen in Each State Since Biden Took Office? We Did the Math. 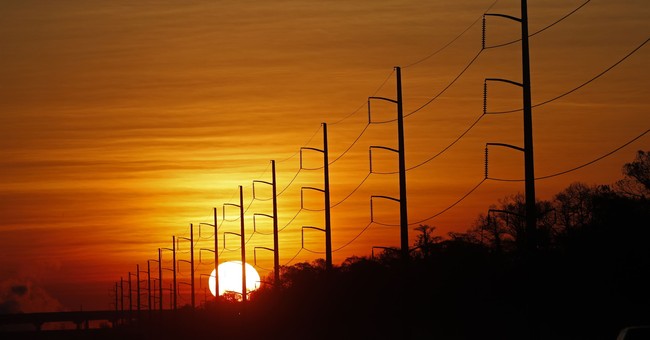 Across the country, energy prices continue to skyrocket under President Biden's agenda that strangled American energy independence. It's being felt at the gas pump, where Americans are paying the most — ever — after the national average cost per gallon recently doubled under Biden's policies.

But in another less-obvious way, electricity rates have also been spiking under Biden. There's no illuminated sign on the corner showing the price Americans pay per kilowatt hour, but the burden of increasing residential electricity rates is hitting wallets.

Townhall reviewed the latest available data from the U.S. Energy Information Administration (EIA) to find which states' electricity costs made the biggest jumps by comparing average residential retail price of electricity (RRPE) in cents per kilowatthour between January 2021 and March 2022 when Biden took office — and the pain caused by the combination of Biden's inflation and energy crises is abundantly clear.

For all 50 states plus the District of Columbia, RRPE has increased slightly more than 14 percent since President Biden took office. The U.S. Energy Information Administration groups states into several regions as well. The percentage change in rates between Biden taking office and the latest data from March 2022 — and each state within — are listed below.

Despite increased costs, power customers in more the half of the country are relying on a grid that is literally at its breaking point. In a previous column, Townhall outlined a report from the North American Electric Reliability Corporation (NERC) that warned more than half of the country is in danger of rolling blackouts taking out their power supplies this summer.

A combination of above-average season temperatures paired with other Biden crises — the broken supply chain, coal shortages, and over-reliance on solar generation — means that "forced outages for generation and some bulk power system equipment" are likely this summer from the Midwest to the West coast. Already, authorities in Texas and California have sounded the alarm in confirming the threat reported by NERC.

The rest of the area facing rolling blackouts this summer — all of America west of the high risk area — is under threat when conditions are "extreme" due to drought, fires, floods, or heat waves. pic.twitter.com/3WxK74MWxQ

Americans living in a swath of the heartland stretching from Minnesota, Wisconsin, and Michigan south to Louisiana and the Gulf of Mexico face power disruptions even under normal summer conditions when the grid faces peak demand. That is, pretty much any time summer temperatures put a strain on the grid — forced outages may follow.

That crisis, along with the soaring prices, continue to go apparently unnoticed and definitely unaddressed by President Biden. What could go wrong?

Cassidy Hutchinson's Credibility Has Taken Another Hit
Townhall
'The difference matters': Reporter notes that the 'shot at' narrative is nuanced and suspect might not have taken aim
Twitchy
Bette Midler Uses July 4th to Declare Independence From Wokeness, Stuns Everyone in the Process
Redstate
Gavin Newsom Runs Ads in Florida Trying to Get Folks to Move to California for More Freedom
PJ Media