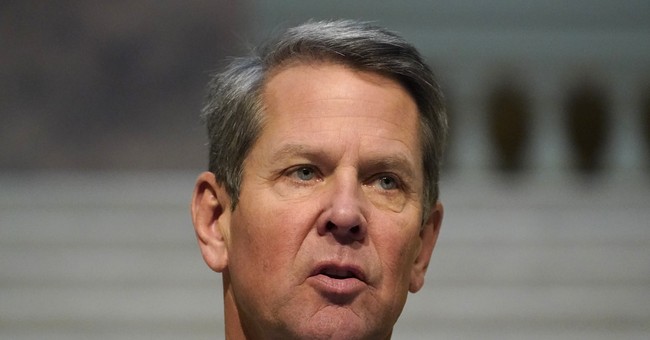 Georgia Governor Brian Kemp has fended off a primary challenge from former U.S. Senator David Perdue in a heated primary that became something of a proxy contest of influence within the Republican Party between former President Donald Trump, who endorsed Perdue, and former Vice President Mike Pence, who endorsed Kemp.

Decision Desk HQ projects Brian Kemp (@BrianKempGA) is the winner of the Republican nomination for Governor in Georgia, setting up a rematch with Stacey Abrams (D) this November.

On the eve of the primary election, Pence rallied with Kemp in Georgia saying the incumbent's win would send a "deafening message" that the GOP is "party of the future."

On the other side of the primary battle, Trump held a tele-rally for Perdue before Tuesday's election, a man the former president contended was the only Republican candidate who could beat sore-loser Stacey Abrams in November.

Now, it is Kemp who will face Abrams — who ran unopposed in the Democrat primary — as she attempts a to win a rematch following her 2018 loss to Kemp, a defeat she failed to concede.

Republican Governors Association co-chairs Doug Ducey and Pete Ricketts hailed Kemp's victory saying "voters proved that Governor Brian Kemp is a results-driven leader who has always put Georgia first. The contrast between Governor Kemp's record of cutting taxes, empowering parents, supporting small businesses, and putting his faith in the people of Georgia stands in stark contrast with Stacey Abrams, who believes that only she knows what’s best," they added.

"Her radical agenda would have kept kids out of the classrooms, small businesses shut down, and forced strict mandates on everyone but herself. Voters rejected her self-promoting antics and out-of-touch agenda four years ago and will do so again. As we were in the primary, the RGA is all-in and we will be there to ensure Governor Kemp is re-elected this Fall," the RGA's statement concluded looking ahead to November's general election.

Full results from Georgia are available below.