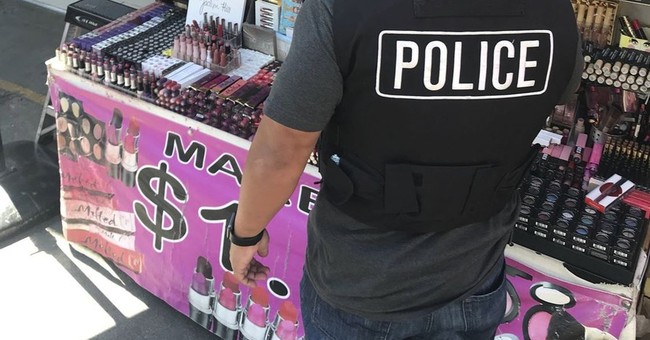 A bill working its way through the California State Senate looks to allow non-U.S. citizens — potentially including illegal immigrants — to become law enforcement officers in the state. The law appears to be just the latest attempt by California Democrats to not only remove penalties for those who break the law by illegally entering the United States, but open up opportunities for those who may not have legal status in the United States.

SB 960, introduced by Senator Nancy Skinner — who represents Senate District 9 encompassing Oakland, Berkeley, and Richmond on the east side of San Francisco Bay — is straightforward in what it changes about current requirements regarding employment as a sworn officer of the law.

As it stands now, California law "requires peace officers in this state to meet specified minimum standards, including, among other requirements, being at least 18 years of age, being of good moral character, as determined by a thorough background investigation, and being either a citizen of the United States or a permanent resident who is eligible for and has applied for citizenship."

But Senator Skinner wants to change that to "remove the provision that requires peace officers to either be a citizen of the United States or be a permanent resident who is eligible for and has applied for citizenship."

SB 960 would also remove the remove the requirement that California Highway Patrol officers be citizens of the United States or, if not, that they become a U.S. citizen "at the earliest possible time" or have their employment terminated.

Senator Skinner, according to reports, has sought to clarify that her bill "only allows those who are living here legally and have the legal ability to work here — through a visa, a green card — to become peace officers." But neither the Legislative Counsel's Digest accompanying the bill on the California Legislature's website nor the proposed wording explicitly prohibits illegal immigrants.

The obvious question is: how could an illegal immigrant be determined as possessing "good moral character as determined by a thorough background investigation" when their first act in the United States was breaking the law and unlawfully entering the United States? Or how could non-citizens swear an oath to uphold the laws of a state and country in which they don't have or seek citizenship?

California is trying to devalue citizenship. They're trying to basically say, look, it doesn't matter. How can this person qualify in a background check? How can an illegal alien take an oath to uphold the law...when he broke the law? It's ludicrous. This is an open-border state. They're competing with New York City to basically say citizenship doesn't matter, and it tells me one thing, that until this state removes itself from being a one-party deep blue state, we're to get these crazy...open policies regarding illegal immigration. They don't want any distinction between citizenship and illegal aliens.

If an illegal immigrant entered the United States without being apprehended and proceeded to avoid run-ins with law enforcement until they seek to become a police officer, a background check presumably wouldn't show any infractions or other disqualifying information — other than of course the fact that they are in the United States illegally.

Meanwhile, the Biden administration is forging ahead with its plan to lift Title 42, a move that is set to see even more illegal immigrants enter the United States as Julio has reported from the U.S.-Mexico border.