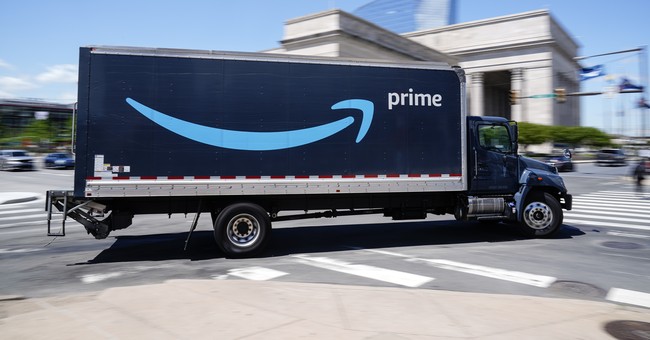 Violent crime has been spiking across the country, especially so in big cities, and the impact of Democrat leaders' policies are finally proving to be too much for businesses and employees who live or do business in the leftist enclaves. Now, amid rising crime in Seattle, even Amazon is pulling up stakes — at least temporarily — to shield its employees from the growing power of the city's criminal underclass.

According to Seattle's ABC affiliate KOMO, Amazon is temporarily shuttering one of its offices in downtown Seattle, citing rising crime for its decision that impacts "roughly 1,800 employees" who had been assigned to a building at 300 Pine Street in Seattle.

As KOMO explained, "In the last few weeks, shootings, including one that killed a 15-year-old boy, have rocked the busy stretch of downtown. Seattle Police has set up a mobile precinct along 3rd Avenue with officers on bikes patrolling the area, too," but Amazon apparently hit its breaking point and didn't want to continue sending its employees into the lawless neighborhood.

Sign of the times: "Citing an increase in violent crime, Amazon announced Friday it would temporarily relocate its workers from the company’s office space at 3rd Ave and Pine St in downtown Seattle."

The Seattle Times further emphasized the crime spree that's been going on near Amazon's offices, a location that's just "about three blocks from Pike Place Market," a popular area among tourists: "Since Feb. 21, there have been at least three shootings, two stabbings and one carjacking in the area, according to information from the Seattle Police Department’s Twitter account."

Here's what Amazon's statement on the decision to close the office said (via KOMO):

"Given recent incidents near 3rd (Ave) and Pine (St), we’re providing employees currently at that location with alternative office space elsewhere,” an Amazon spokesman said in an emailed statement. “We are hopeful that conditions will improve and that we will be able to bring employees back to this location when it is safe to do so."

Amazon may not want to hold their breath, though. In Seattle and other big cities including New York, D.C., Chicago, and Los Angeles, criminals continue to be emboldened by soft-on-crime Democrats who control their cities' streets.

For Seattle's part, the mayor's office released a statement saying "Mayor Harrell is working every day to make downtown a safe and thriving neighborhood for residents, workers, and businesses," but claimed "it will take time to reverse longstanding safety issues." Harrell's plan, the statement explained, includes the use of  "dedicated SPD officers, a mobile SPD precinct, and additional environmental changes" in order to "activate, revitalize, and restore downtown for all."

Under the guise of "criminal justice reform" and "progressive policies," mayors and city councils defunded police departments while activist prosecutors allow violent criminals to plead down charges to receive slaps on the wrist before returning to lives of crime. Ironically, Amazon and its woke corporate culture are, thanks to support for Democrat politicians and radical organizations such as Black Lives Matter, partly to blame for the effects of the policies those activists have demanded and Democrats have implemented.