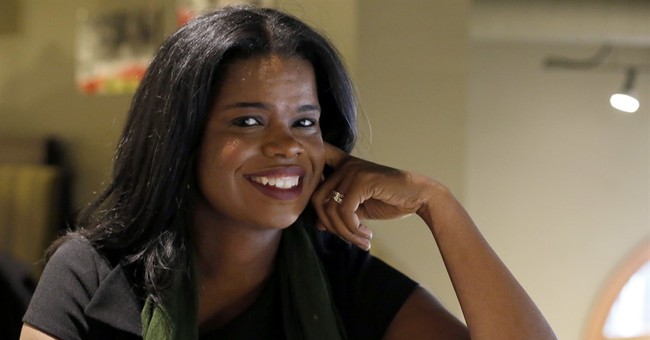 On the heels of a Chicago jury's verdict that found Jussie Smollett guilty on five of six charges he faced in the hate crime hoax he perpetrated, a judge ordered the release of Special Prosecutor Dan Webb’s investigation into Cook County State's Attorney Kim Foxx and her handling of the first case against Smollett.

The report, made public on Monday afternoon, revealed that the special prosecutor "did develop evidence that establishes substantial abuses of discretion and operational failures by the CCSAO [Cook Country State's Attorney's Office] in prosecuting and resolving the Initial Smollett Case."

Slamming Foxx's conduct, the report includes the conclusion that the CCSAO "engaged in a substantial abuse of discretion and breached its obligations of honesty and transparency by making false and/or misleading statements to the public regarding the nature and reasons for the dismissal of the Initial Smollett Case" in addition to "false and/or misleading statements regarding State's Attorney Foxx's recusal to the public."

According to the special prosecutor's report, Foxx herself made "false and/or misleading statements to the public that she stopped communicating with Jurnee Smollett, Mr. Smollett's sister, after State's Attorney Foxx had become aware that Mr. Smollett had become a subject of the investigation."

The report adds that while the special prosecutor's investigation "did develop evidence that may rise to the level of a violation of legal ethics by State's Attorney Foxx and the CCSAO lawyers relating to false and/or misleading public statements" about the Smollett saga, the special prosecutor "has no authority to make findings determining ethical violations by lawyers." However, the special prosecutor's office "will comply with applicable reporting obligations" to refer its findings to the Illinois Attorney Registration & Disciplinary Commission "so that it can do the appropriate review to determine if any ethical violations occurred."

Despite Foxx and her office being revealed — as most observers already believed — to be a dishonest operation, the special prosecutor's investigation did not uncover evidence "that would support any criminal charges against State's Attorney Foxx or any individual working at the CCSAO," nor any "evidence of improper influence by any outside third parties in the decision-making by the CCSAO in the Initial Smollett Case."

As for its review of the Chicago Police Department's actions, the special prosecutor's office "did not develop any evidence that would support any criminal charges against any individual working at the CPD," concluded that "the majority of CPD media communications during the Smollett CPD investigation were authorized communication," and found that "there were media reports that contained unauthorized 'leaks' of police investigative information by CPD personnel that were in violation of CPD's written policies." However, as the report explains, the special prosecutor's office "was unable to identify the anonymous alleged CPD source(s) of such 'leaks.'"

Breaking: former judge Sheila O’Brien says Kim Foxx is a liar and should resign. You may recall O’Brien successfully filed the motion for the special prosecutor. O’Brien can be credited in part with Smollett’s conviction. pic.twitter.com/IEUFMqo91u