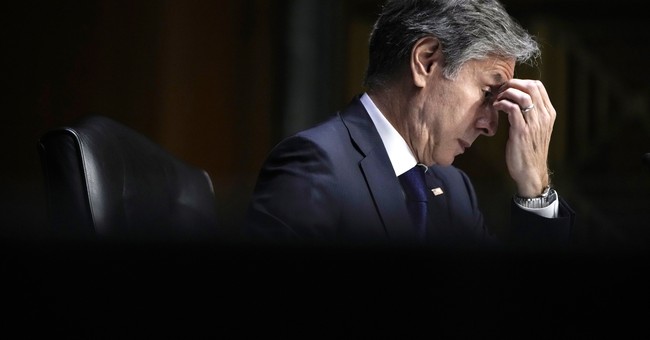 Democrats seeking to pack the Supreme Court with sympathetic justices aren't going to like what Secretary of State Tony Blinken said during his visit to Quito, Ecuador in the latest messaging blunder from the Biden administration.

Speaking about the "challenges facing democracies and how we can overcome them" on Wednesday, Blinken asked an audience to imagine a hypothetical "country where a leader is elected in a free and fair election, and then sets about chipping away slowly but surely at the pillars of democracy – attacking the free press, undermining the independence of the courts, threatening political opponents."

Ah, so court packing is anti-Democratic?

"That’s the story of more than one democracy in our hemisphere. And it’s one of the ways that democracies can come undone," Blinken then warned.

Of course, Blinken is right. A court can't be independent or a separate branch of government with distinct powers if it is operating under the watchful eye of Congress knowing too many decisions perceived to run in one direction might result in action to supposedly "balance" the court.

So the question then is: Are we to believe Blinken's speechwriter and communications staff just forgot that his boss and a not-insignificant number of his boss' political allies are on the record saying they're open to adding more seats to the Supreme Court and filling it with ideological allies? Or did Blinken's team just think Americans wouldn't notice?

Well, if your name is Senator Ed Markey or Representative Jerry Nadler, now might be a good time to call your office. But it's not just the members of Congress who introduced a bill to expand the court who might not love what Blinken had to say about court packing.

According to The Washington Post, Joe Biden, Kamala Harris, Cory Booker, Pete Buttigieg, Kirsten Gillibrand, Amy Klobuchar, and Elizabeth Warren all said during their 2020 campaigns that they were "open" to packing the Supreme Court — the thing the Secretary of State just called "anti-democratic." If Blinken is to be believed, it seems the Democratic Party is itself flirting with anti-democratic actions.

In a week where President Biden is struggling to figure out how much can be squeezed into his social spending budget reconciliation package with so-called progressives losing the most in terms of woke programs and total dollar amount, this isn't good for the Biden administration's standing among leftist Democrats.