9 Reasons the Grammys 'Inclusion Rider' Is Everything Wrong with Wokeism 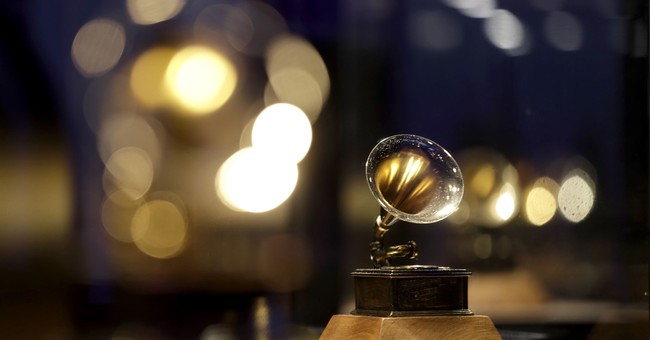 The 2022 Grammy Awards are still more than 100 days away, but the Recording Academy is already giving Americans reasons not to tune in thanks to its new "Inclusion Rider" it says will make the 64th Annual Grammy Awards the most diverse and inclusive for "underrepresented" groups.

To save you, the reader, from having to wade into the woke intersectional blather that is the Grammys Inclusion Rider, Townhall reviewed and pulled out nine of the most absurd points for your enjoyment and/or chagrin.

Today we released our official GRAMMY Awards Inclusion Rider, a contract addendum designed to be a robust tool to ensure #equity and #inclusion at every level during the production of the 2022 #GRAMMYs. ?? https://t.co/0XUc96fBZO

Addressing lack of representation on stage, off stage, and within music companies includes naming those who have been and continue to be under-represented: Black, Indigenous, Asian American & Pacific Islander, and other Non-Black people of color, those of Hispanic or Latino/a/x descent, women of all backgrounds and identities, people with disabilities, people over the age of 40, people from certain religious minorities, and Lesbian, Gay, Bisexual, Transgender, or Queer (“LGBTQ+”) people.

2. The varying points of oppression that create the intersectional matrix of oppression, including "sizeism."

The music industry’s opportunities for growth may manifest in different ways for different under-represented groups. For example, the existing narrative regarding Black people in American music categorizes certain genres of music, e.g., Hip Hop and R&B, as “Black music” and accordingly may cabin representation of Black artists, songwriters, studio professionals and executives to those categories.

At least 1/3 of the candidates considered by the Senior Leadership Team for Host(s) of the Broadcast shall be members of under-represented communities. To determine which identities have been underrepresented, the Executive Producer and/or other appropriate members of the Senior Production Team or Television Committee shall consider GRAMMY Awards hosts over the last 20 years, excluding years when there was no host for the Broadcast. This analysis should encompass an intersectional equity perspective.

Although Presenters and Performers are traditionally drawn from among the GRAMMY nominees, if that pool is not sufficiently diverse, which is to be determined by the Executive Producer in consultation with the Warner/Blavatnik Center, the Senior Leadership Team should expand the slate of those being considered to increase diversity such that at least 1/3 of those individuals considered for each Presenter/Performer slot are from any under-represented background. To determine which identities have been underrepresented, the Senior Leadership Team shall consider GRAMMY Awards Presenters and Performers from the last 20 ceremonies.

All reasonable efforts will be made to ensure that there are gender-neutral restrooms available at the event locations for Attendees, Host and Presenters, Performers, Background Performers, Honorees, and Crew.

8. The penalties for not fulfilling the terms of the Inclusion Rider.

If the determination is made that the Recording Academy and Production Company have failed to satisfy the terms and commitments of this Inclusion Rider for On-Stage or OffStage roles, the Recording Academy shall make a contribution of $100,000 to organizations whose work is committing to advancing toward equity in the music industry. Potential recipient organizations are MusiCares, the Quinn Coleman Fund for emerging Black Creators (housed at the GRAMMY Museum), Color Of Change, Black Music Collective, GLAAD, Arizona State University (Women in the Mix Study), Berklee College of Music (Women in the Mix Study), and the Latin Recording Academy. The contributions made pursuant to this paragraph shall constitute the complete and exclusive monetary penalty for non-compliance with this Addendum.

9. Claiming the quotas for hosts, presenters, and crew are not actually quotas.

Efforts to cast and hire qualified candidates from under-represented backgrounds into On-Stage and Off-Stage Positions do not reflect quotas, but conscious efforts to overcome historical bias in the industry to move toward more equitable representation, while ensuring that all individuals cast and hired are qualified for their positions.

Already there are few, if any reasons, for Americans to watch the Grammys or any of the other elite festivals for excess and hypocrisy, but the race into woke oblivion is another way they prove how inane our alleged cultural betters have become as they embrace the left's obsession with identity.