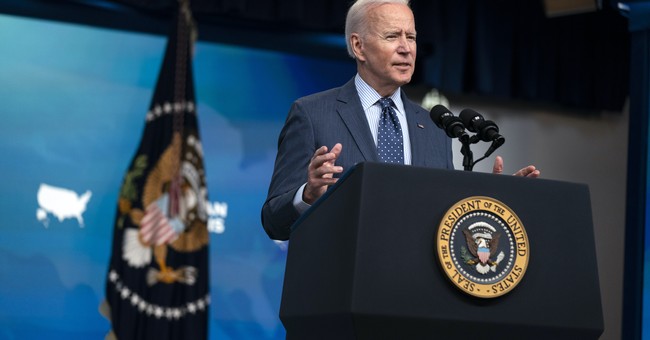 Over the last eight months of Joe Biden's tenure, everyone from public health officials, White House spokespeople, and cabinet secretaries have insisted that the federal government would not and could not mandate a vaccine for private citizens. Yet that's exactly what Biden announced he would direct the government to do.

As the Occupational Safety and Health Administration (OSHA) works on how it will mandate the Wuhan coronavirus vaccine for tens of millions of American workers, the rest of the Biden administration is scrambling to explain how and why such a mandate will take effect after spending the first half of Biden's new administration assuring Americans a federal mandate would not materialize.

As president-elect, Joe Biden said in a December 2020 press conference in Delaware that "I don't think it should be mandatory," when talking about Wuhan coronavirus vaccines. "I wouldn't demand it to be mandatory," he promised. "Just like I don't think masks have to be made mandatory nationwide."

White House Press Secretary Jen Psaki was asked in a May press briefing whether the Biden administration would mandate vaccines for private companies, to which she responded "I wouldn’t anticipate that we would be putting requirements on private sector companies. I would expect that we would allow the space for them to put those requirements in place themselves or decide what is best for their workforces," she explained.

Also in May, CDC Director Rochelle Walensky said on Meet the Press that the Biden administration was "not counting on vaccine mandates at all." Instead, she explained, "it may very well be that local businesses, local jurisdictions will work toward vaccine mandates [but] that is going to be locally driven and not federally driven."

In July, Psaki was asked again if Biden would enact a federal vaccine mandate, something she explained was "not a decision that we are making" and "that is not our intention from the federal government."

Just a few days later, Psaki again said "I think the context of the question, which I think is important here, is: Can we mandate vaccines across the country? No, that’s not a role that the federal government, I think, even has the power to make."

Walensky again in July tweeted to clarify her statements about vaccine requirements that "there will be no nationwide mandate. I was referring to mandates by private institutions and portions of the federal government. There will be no federal mandate."

On CNN later in July, White House COVID-19 Response Director Jeff Zients was asked by Wolf Blitzer if President Biden was exploring mandating vaccines. Zients said "No." "That's not an authority that we're exploring at all," he added.

As students began returning to classrooms and college campuses across the country, Secretary of Education Miguel Cardona told CBS in August that “at the federal level I don't have the authority to mask mandate or vaccine mandate, that's not what we do at the federal level."

In August, Dr. Fauci said that “you’re not going to see a central mandate coming from the federal government" for vaccines because businesses and private entities could handle such requirements for themselves. A few days later, Fauci told Bloomberg that he feels "we should not have central mandates from the federal government" on vaccines or masks.

Much like Biden did with the eviction moratorium, his administration knew and said that they lacked the authority to mandate vaccines and would not take such a step even if they did. And again, Biden threw all of that out the window to make another power grab that is now set to impact up to 100 million Americans.