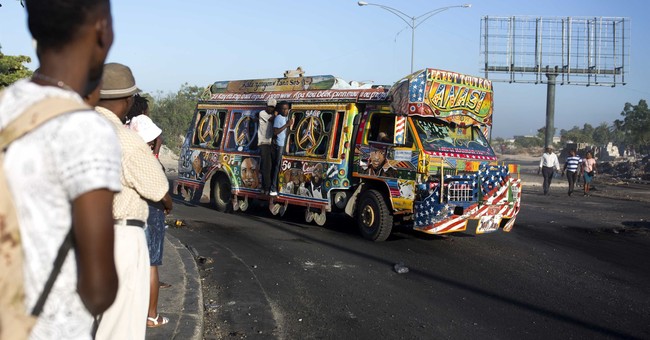 The takedown comes after Haiti's interim leaders announced a two-week "state of siege" in the country and locked down the nation's transportation hubs until the responsible parties can be brought to justice as questions grow over the Caribbean nation's uncertain future.

Authorities commenting on the arrests overnight were clear they are not done with their manhunt, though. "The pursuit of the mercenaries continues,” Haiti’s National Police Director Léon Charles explained, warning “their fate is fixed: They will fall in the fighting or will be arrested.”

Haitian authorities have not yet released information on the suspects who were killed or arrested as questions swirl around the identities of those who carried out the assassination. In new videos showing the scene outside President Moïse's private residence, the attackers can be seen and heard yelling claims they are with the U.S. Drug Enforcement Administration.

American officials and Haiti's ambassador to the United States have both said DEA agents were not involved in the assassination.

NEW - Assailants of Haiti's president and his wife "identified" themselves to be agents with the United States: "DEA operation. Everybody stand down. DEA operation." Government official thinks the assassins were mercenaries.pic.twitter.com/tK4hTLaeCx

We now know that Moïse's wife — who was critically wounded in the attack — was taken to Miami to receive treatment for the wounds she sustained at the hands of assassins who killed her husband and plunged Haiti into yet more unrest.

The wounded first lady of Haiti, Martine Moïse, was flown to the U.S. for treatment following the assassination of President Jovenel Moïse.

When asked Wednesday about the situation unfolding in Haiti, President Biden told reporters "We need a lot more information" calling the assassination and state of Haiti "very worrisome."