Here's What We Know About Who's Attending Biden's Joint Session Address 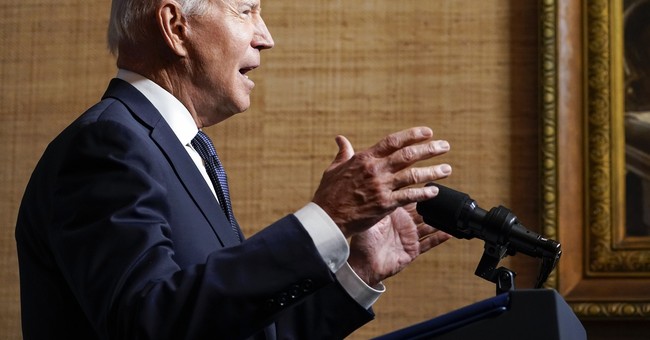 After more than three months in office, President Biden will address the American people Wednesday evening with an update on his administration's agenda on the eve of his 100th day in power.

Due to COVID-19 restrictions, the in-person audience will be sparse for Biden's joint session address. Rather than the usually packed-to-the-ceiling crowd of around 1,600 officials and their guests, the House chamber will only hold about 200 people to allow for social distancing at Wednesday night's event.

House Speaker Nancy Pelosi is in charge of planning for the address, and she has distributed the limited number of tickets to the GOP and Democrat caucuses in both chambers of Congress to dole out to their members.

When asked during a briefing whether she worried the COVID-limited attendance would sully the mood for President Biden's speech, Pelosi responded "it will be its own wonderful character" and she's "not worried at all."

It remains to be seen what the normally-raucous walk down the center aisle to the well of the House chamber will look like for President Biden.

Several Republicans have already stated they will not attend, citing pre-scheduled events in their home states while the House is out of session and nonsensical COVID restrictions despite widely available vaccines. Among those skipping, according to Fox News, are House Minority Whip Steve Scalise (R-LA), Senators Josh Hawley (R-MO), Tom Cotton (R-AR), and Marco Rubio (R-FL).

Those who are said to be attending Wednesday evening's speech include Chief Justice John Roberts, who will be the lone Supreme Court justice in attendance, while Secretary of State Antony Blinken and Secretary of Defense Lloyd Austin will represent Biden's cabinet. Vice President Kamala Harris and House Speaker Nancy Pelosi will be seated behind President Biden during his remarks

In addition, the following Senate Democrats will be attending tonight according to Fox News' Chad Pergram:

Following its announcement early Wednesday morning, President Biden is expected to use his address to make the case for his latest spending plan that rings up at a hefty $1.8 trillion.

Stay with Townhall.com for live updates during the President's address Wednesday evening.