Iran On Its Worst Behavior: Terror Sponsor Is Imprisoning, Indicting Foreigners For No Reason 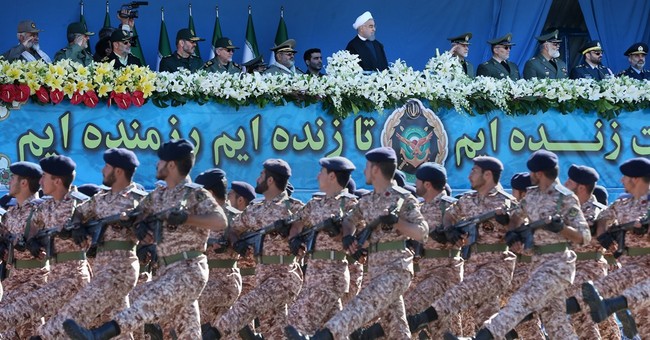 Iran has indicted three dual nationals and one foreigner in the latest indication Iran cannot be trusted on an international platform post-nuclear deal. The four individuals have connections to the United States, Canada and Britain.

Iran’s Revolutionary Guard reportedly detained them for charges related to espionage or plotting to overthrow the government, but family members say the prisoners have done nothing wrong.

Hoodfar is a 65-year-old retired professor who taught at Concordia University in Montreal. She had been in Iran since February for “personal reasons,” but was also doing academic research, according to her family. She was arrested on June 6, a day before she was to leave the country.

Namazi, a businessman, was detained last October while visiting family. His 80-year-old father is also being held in the country, and AP reported that an official “suggested in April that the two Namazis could be traded for Ahmad Sheikhzadeh, an Iranian consultant to the U.N. held in the U.S. on suspicion of … helping violate sanctions.”

Zaghari-Ratcliffe is a 37-year-old project manager for Thomson Reuters Foundation who was arrested as she was about to board a plane to England with her 22-month-old daughter Gabriella. Zaghari-Ratcliffe has been held in solitary confinement since April, and Gabriella’s passport has been revoked. The child is staying with other family members in Iran.

Zakka, who has worked for the U.S. government before, was arrested while attending a conference in Tehran “on an invitation by the Iranian government.” Officials accused him of spying for the U.S.

Iran does not recognize dual nationality, so the prisoners do not have access to their countries’ consulates. Numerous other dual nationals are currently held in the country, including French and British citizens.

Zaghari-Ratcliffe’s husband, Richard Ratcliffe, has spoken out against his wife’s arrest, saying Iranian government is holding her as an incentive to negotiate political issues with Britain.

“That the Iranian authorities are willing to hold a mother and baby hostage for domestic politics and as a bargaining chip in their international negotiations shows that they have reached a very dark place,” Ratcliffe said.

Ratcliffe also criticized the British government’s lack of a response to his wife’s detainment, citing the Brexit debate as a distraction.

“I find that silence conspicuous,” Ratcliffe said. “I imagine the Iranian authorities have noticed it also and have drawn their own conclusions about how much it matters that British citizens are treated this way.”

More than a year has passed since the U.S. signed the widely-condemned deal with Iran, which lifted all economic sanctions on the country in exchange for promises to not build nuclear weapons. With the lifted sanctions has come a responsibility for Iran to participate in the global political system.

Iran has failed repeatedly to prove it can abide by human rights laws, ensure freedoms or respect citizens of different countries. These four indictments are just further evidence of how unrepentant the Iranian government is and how wrong the U.S. was to trust them with the deal.