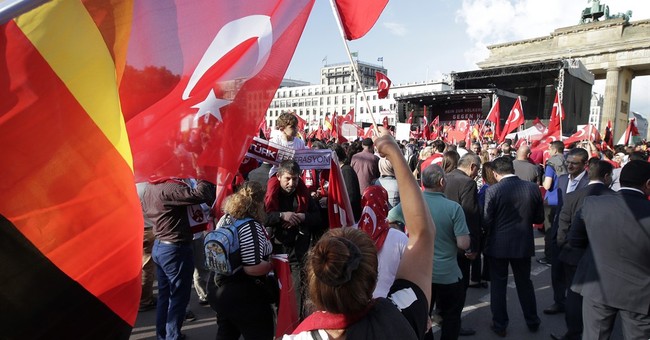 Many historians estimate that up to 1.5 million Armenians were killed by Ottoman Turks in 1915, but few countries classify these acts as genocide. Tensions between Germany and Turkey flared Thursday when the German parliament overwhelmingly voted to label as genocide the Turks’ systematic deportation and killing of Armenians.

Every party in the parliament voted in favor of attaching this label, and according to AP, there was one abstention and one vote against. Turkish officials expressed anger at the decision and recalled its ambassador to Germany, a formal diplomatic move that signals a serious strain between two countries.

The Ottoman Empire systematically killed high numbers of ethnic Armenians during World War I by massacres of whole towns, forced labor, deportation to concentration camps and death marches into the Syrian Desert without provisions of food or water. The Turkish government—which was formed after the fall of the Ottoman Empire—denies the assertion by historians that these events qualified as genocide. AP reports:

“Turkish Prime Minister Binali Yildirim called the German decision a ‘historic error.’ Yildirim said that Turkish people take pride in in their past and that ‘there is no event in our past that would cause us to bow down our heads in embarrassment.’”

Despite this denial, the EU Observer reported that in 1918 “the president of the Turkish senate, Ahmed Riza, told the assembly in his inaugural speech: ‘Let's face it, we Turks savagely killed off the Armenians.’”

The International Association of Genocide Scholars published an open letter in 2006 on the subject, writing, “Scholars who dispute that what happened to the Armenians in the Ottoman Empire in 1915 constitutes genocide blatantly ignore the overwhelming historical and scholarly evidence.”

The debate over whether to classify the killings as a genocide is not a new one. Turkey has repeatedly reacted negatively when governments around the world use the “genocide” label, so many of its allies have avoided the topic in order to maintain good relations with the secular Muslim country.

Turkey imposed sanctions on France when a bill was drafted that could criminalize Armenian genocide denial in 2011, and the U.S. faced a challenge in 2007 when the House Foreign Affairs Committee passed a nonbinding resolution to acknowledge the genocide. An in-depth piece from Salon at the time explained the geopolitical ties that could be ruined if the U.S. took further action on the issue:

“For decades, Turkey has been one of America’s most important strategic allies — first as a bulwark against the USSR during the Cold War, then as a key partner in George W. Bush’s 'war on terror.' The only officially secular state in the Muslim world, it is the most politically moderate, economically advanced nation in the region. A NATO member, with close ties to Israel, home to a U.S. base through which most of the supplies to American forces in central Iraq are flown, it is an indispensable U.S. strategic asset.”

Germany’s resolution comes at a time when refugees are pouring into Europe; Turkey, directly in the migrants’ path, has closed its borders. The European Union has been in negotiations with Turkey to grant Turkish residents visa-free travel to the EU in exchange for Turkey reaccepting some migrants. This move by Germany could derail those already-tense talks. It remains to be seen exactly what kind of actions Turkey will take to penalize Germany for its decision.