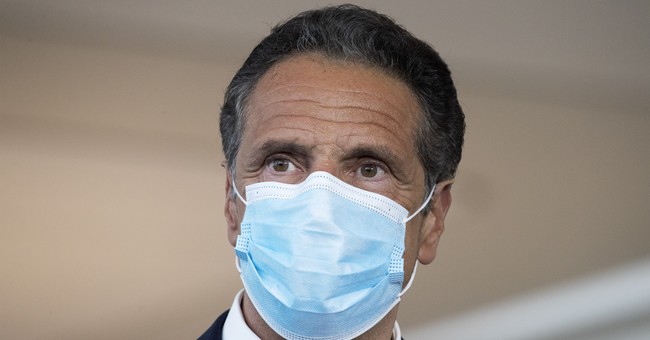 There once was a time when leftists at least pretended to care about the environment. Remember the brouhaha over how plastic straws were going to destroy the planet and we had to replace them with those crappy paper straws that literally melt in your mouth? You know, for the sea turtles, or something?

Well, all that was sooo pre-COVID. Get with the program, covidiot! Now, it's hip, trendy, and oh-so-woke to mass-produce non-biodegradable plastic "disposable' face masks" that litter the landscape (and the seascape) because pencil-necked leftists in power have decided that trying to stop the spread of a highly contagious respiratory virus that both can't be stopped and isn't nearly as deadly as advertised is more important than saving the planet. Great Pacific Garbage Patch and innocent seals be damned.

"A year ago, the idea that disposable face masks, gloves, and wipes could become global environmental pollutants was not a pressing concern. Personal protective equipment, PPE for short, was seen as essential for preventing the spread of COVID-19. No one imagined just how much of it would be needed, for so long. Then production exploded—and now the litter is inescapable.

In the time since, scientists have built a library of more than 40 studies that document the use and disposal of PPE and model what that looks like on a global scale. Numbers not known then tell the tale now.

Globally, 65 billion gloves are used every month. The tally for face masks is nearly twice that—129 billion a month. That translates into 3 million face masks used per minute.

All may be called disposable, because they’re cheap enough to be used once and then thrown away. But here’s the hitch: They don’t actually go away."

Thankfully, more outlets are speaking out.

It is estimated that 129 billion face masks and 65 billion gloves are being used monthly. Unfortunately, while PPE is a necessary tool, its increased use is having detrimental effects on the environment, especially our oceans. https://t.co/2w8qmuPwvO

After strong onshore winds overnight we went down to the beach to see what had washed up only to find it littered with disposable face masks. New research shows these could be releasing chemical pollutants and nano-plastics into the environment. pic.twitter.com/C19N2atzsv

“Clean Up Britain’s research shows that nearly 3 million PPE face masks are being littered every week. If you agree larger fines and better enforcement are needed to stop the environment being polluted, please sign our petition: https://t.co/NTXw3NUSXL pic.twitter.com/f5DrrcU1gb

Or better yet, since litterbugs will always litter, maybe we should just stop mass-producing the damned things altogether and reserve them for what they were doing for decades in the medical profession: stopping spit from flying into open wounds.

It's not so much that leftists aren't keen on using environmental issues as a tool for control. It's just that their neuroticism far outweighs their 'concern' for the earth. Pit the fate of the planet against hypochondriac leftists who believe that possibly, maybe, conceivably, they can lower their odds of catching a virus with a 99.7+% survival rate, and our galactic home will lose out every single time.

Even worse, this chart shows non-pharmaceutical interventions (NPIs) yield no significant impact on mortality due to COVID-19, so apparently all of it was and is for naught. Now, who's going to tell THAT to the baby seals?