A New Ad Campaign Hits Back At Woke Corporations 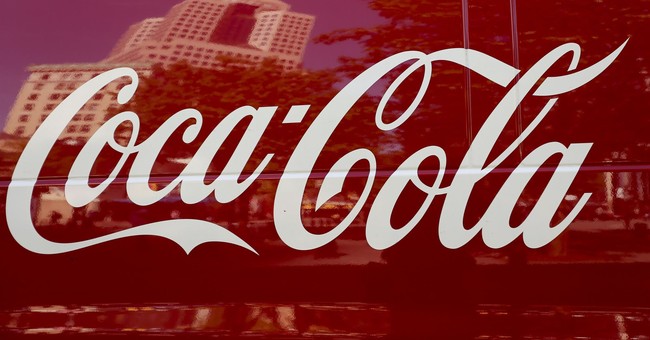 A nonprofit organization that advocates on behalf of consumer education released a series of ads Tuesday featuring three enormous American companies – Nike, Coca-Cola, and American Airlines –in a gloves-off campaign that criticizes the companies for embracing “woke” culture and neglecting customers in favor of politicians.

“It is time these corporate giants were called to task,” Hild said. “We are giving consumers a voice. These companies should be putting their energy and focus on serving their customers, not woke politicians."

The ads are titled “The Worst,” “Cover,” and “Busted” for American Airlines, Nike, and Coca-Cola, respectively.

And they pull no punches.

The Coca-Cola ad, for example, alleges the Atlanta-based company has not only worsened the obesity epidemic but that they also benefit from forced labor in China. The soft drink company was in the news recently asking employees to “be less white.”

All three companies have been vocally critical of conservative-backed legislation in several states. Nike signed a letter in the Fall opposing the ban on transgender athletes in women’s sports and has been working for several years to blend social issues into professional sports. Coca-Cola and American Airlines have been more recently critical of election integrity efforts in states such as Georgia and Texas.

Fox Business reached out to the companies for comment.

"We respect everyone’s right to raise their concerns and express their views, but we also believe the best way to make progress now is for us all to come together to listen, respectfully share concerns and collaborate on a path forward," Coca-Cola told FOX Business in a statement. "We remain open to productive conversations with groups who may have differing views."

American Airlines did not respond to the ad but directed Fox Business toward its original statement regarding Texas' S.B. 7 and H.B. 6 voter bills, which extend early voting hours, require specific voter ID, prohibit voting clerks from sending absentee ballot applications to voters who did not request them and ban drive-thru voting – a popular alternative voting method during the COVID-19 pandemic.

"As a Texas-based business, we must stand up for the rights of our team members and customers who call Texas home, and honor the sacrifices made by generations of Americans to protect and expand the right to vote," American Airlines said in an April 1 statement. "Voting is the hallmark of our democracy, and is the foundation of our great country."

The campaign comes on the heels of another announcement from the financial sector that a group called the Corporate Call to Action: Coalition for Equity & Opportunity (CCA) would be encouraging their members to “improve economic and racial equity in the financial services industry and the economy at large.” CCA describes itself as “a corporate social justice initiative launched by the Connecticut Office of the Treasurer in partnership with the Ford Foundation.”

The Ford Foundation, one of the country’s wealthiest private endowments, has long been “underwriting” the Black Live Matter Movement, calling it in 2016 a “new and dynamic form of social justice leadership and infrastructure.”