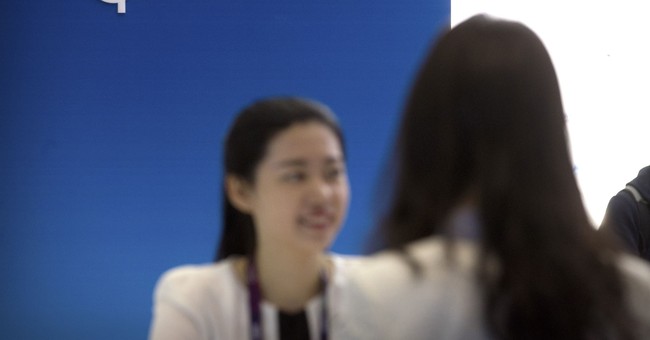 Sitting uncomfortably at the nexus of intellectual property and trade, a little-reported lawsuit is set to begin January 4 in California that has national security and trade implications that may affect all Americans. The suit, brought by the U.S. Federal Trade Commission (FTC) against tech giant Qualcomm, relates, at least tangentially, to the recent arrest of a Chinese tech executive in Canada; to leftover Obama administration agency employees still ostensibly carrying out that administration’s policy goals; and to the threat that the Chinese government could potentially, if Qualcomm loses, have easy access to American data.

The lawsuit was filed back in November 2017 against the California-based semi-conductor tech company, who has made a name designing modem chips that make smartphones — and pretty much everything else — work. Simply put, the FTC says Qualcomm is engaging in anti-trust behavior because they refuse, writes IP Watchdog, “to sell modem chips to a customer unless the customer pays what the FTC termed ‘elevated royalties’ for a license to Qualcomm’s [standard essential patents] SEPs, Qualcomm’s refusal to license SEPs to competing modem chip suppliers and Qualcomm’s ‘exclusive dealing arrangements’ with consumer tech giant Apple.”

On November 6th, U.S. District Judge Lucy Koh of the Northern District of California granted a motion for partial summary judgment in the case, basically ordering Qualcomm to sell their chips to almost anyone who asks to buy them.

However, Qualcomm, as IP Watchdog notes, wasn’t refusing to sell their component parts to companies who would incorporate them into their products. Rather, they weren’t “interested in licensing competing chip makers who wanted to used Qualcomm’s technology so they could make their own chips incorporating Qualcomm’s patented technology.”

In other words, Qualcomm is attempting to protect their patents and, by their extension, their market share.

Where things get interesting is that Qualcomm has just released a new modem chip, the Snapdragon 855, which will be used to support 5G wireless technology that has the capacity to “open up the potential of interconnected devices: self-driving cars, remote surgeries, and streaming virtual reality.”

That kind of power has led several countries to reexamine China’s push into their own 5G marketplaces. Canadian cybersecurity experts, aware their country is working with a Chinese company called Huawei, have publicly expressed concerns the company allows the Chinese government to access 5G data any time they choose.

“Huawei is not necessarily a bad company,” says Daniel Tobok, CEO of the Canadian cybersecurity consulting firm Cytelligence. However, “under [China’s] national security legislation, in particular Article 7, it clearly states that if the state feels that they need to access to data from a private entity, they can do so at any given time.”

In short: if Chinese authorities want access to Huawei data, they can have it…

Interestingly, in early December, the U.S. persuaded Canada to arrest Huawei CFO Meng Wanzhou for what they say is fraud related to violations of U.S. sanctions against Iran.

Moreover, Huawei is already positioning itself as Qualcomm’s biggest 5G competitor. So theoretically, if Qualcomm is forced by the U.S.’s own FTC to sell their chip technology to anyone seeking it, it mitigates their power in the market, potentially allowing Huawei to move in. And, since Huawei is linked directly to the Chinese government, that could allow the Chinese government access to user data here in the U.S.

Thomas Duesterberg, a senior fellow at The Hudson Institute who also spent time as assistant secretary for international economic policy at the US Department of Commerce, says that the prospect of China having access to U.S. 5G data is a not-inconsequential national security threat.

“I think you have to link 5G to the makers of 5G in China,” he says. “There are two worries…that [Huawei and other Chinese-based tech companies] would use it to gather information for purposes of acquiring technology, getting personal information, and getting national security information.”

Perhaps most bewildering is the FTC lawsuit was an 11th-hour effort by an Obama administration agency that wasn’t fully staffed at the time. This prompted the lone republican commissioner, Maureen K. Ohlhausen, to issue a somewhat unheard-of letter of dissent voicing her concerns:

[In] the Commission’s 2-1 decision to sue Qualcomm, I face an extraordinary situation: an enforcement action based on a flawed legal theory (including a standalone Section 5 count) that lacks economic and evidentiary support, that was brought on the eve of a new presidential administration, and that, by its mere issuance, will undermine U.S. intellectual property rights in Asia and worldwide. These extreme circumstances compel me to voice my objections.

Daniel Schneider, who was responsible for finding and vetting commissioners to the FTC during the Bush administration and is now the Executive Director of the American Conservative Union, says the FTC’s move to sue Qualcomm is little more than politics, albeit with frightening potential consequences.

"Under the Obama administration, the FTC was pursuing a leftist ideological agenda to harm intellectual property rights and restrict the ability of organizations to enter into contracts freely,” Schneider says. “Surprisingly, the FTC is still pursuing the Obama agenda today.”