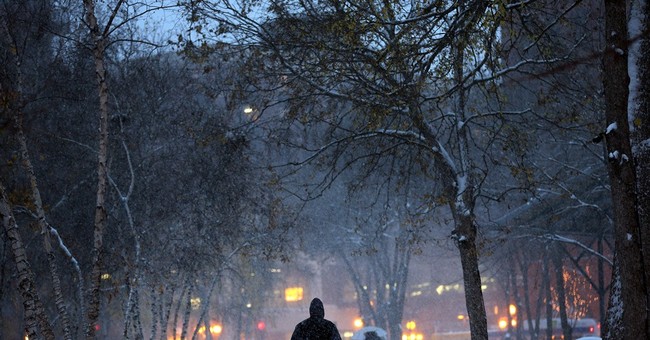 Step one to ‘Countering Violent Extremism’: call up local business and religious leaders. Step two: encourage said leaders to engage in a heartfelt tête-à-tête with the potential terrorist.

Yes, thank you Minnesota. That’s its new open-minded plan to discourage locals from joining ISIS. And unsurprisingly, the federal government is backing the plan.

According to Yahoo News:

The nascent plan is one of many experiments supported by the federal government’s Countering Violent Extremism strategy. Leaders from the federal program’s three pilot cities — Boston, Los Angeles and the Twin Cities — are meeting for a three-day summit at the White House this week to discuss how best to fight back against the Islamic State (also known as ISIS and ISIL) and other terror networks’ increasingly sophisticated recruiting techniques.

Last year in Minnesota, U.S. Attorney Andrew Luger spoke to relatives and friends of a few of the 20 young Somali men who had left the country to become foreign fighters and asked them what they thought went wrong. Everyone’s stories varied, except for one key detail: They had sensed a change in their loved one before he left the Twin Cities to fight with terrorists. They just didn't know whom to tell, or were scared to involve law enforcement officials.

Now, the U.S. attorney has devised a possible fix for that problem. He’s tasked religious and business leaders of the Twin Cities’ Somali population — the largest in the country — to create “community-led intervention teams,” to whom worried parents or friends can take their suspicions of radicalization without involving the police.

Twin Cities Muslim leaders are nervous that the U.S. Justice Department will use the so-called ‘community intervention team’ to spy on the Somali community. Jaylani Hussein, executive director of CAIR, told the Star Tribune:

“Allowing the federal criminal prosecutor and law enforcement agencies to engage in social services and organize mentorship and after-school programs — only in the Muslim community … blurs the line between community outreach and intelligence gathering.”

The program, as a whole, seems pretty ridiculous. At the same time, Muslim leaders should take into consideration that the added scrutiny should not come as a surprise. It is a chance for the Somali community to show that it has nothing to hide.