Putin Will Not Attend 70th Anniversary of Auschwitz's Liberation 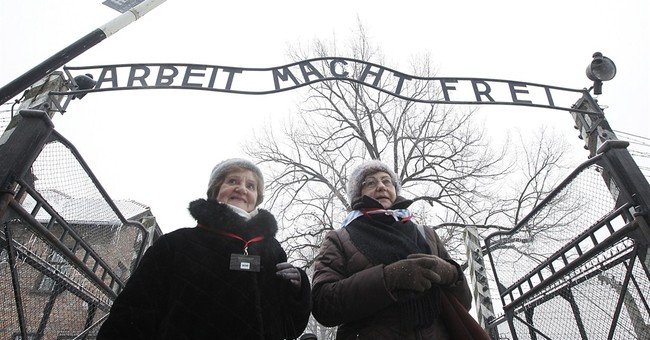 Vladimir Putin will not be present at the 70th commemoration of the liberation of Auschwitz, the Nazi concentration camp that was freed by the Soviet Army on Jan. 27, 1945.

The spokesman, Dmitry Peskov, said on January 13 that there is no such trip on Putin's schedule.

"He will not go, although we of course have attached and do attach great importance -- especially on the 70th anniversary of victory [in World War II] -- to all memorial events, including those that will take place in Poland," Peskov said, according to the Russian news agency Interfax.

It is customary for world leaders to attend the commemoration. This year’s confirmed attendees include the presidents of Austria, Croatia, France, Germany, Malta, Poland, Switzerland and Slovenia, with additional surrounding countries sending Kings, Queens and dignitaries.

The decision not to attend is highly irregular, especially considering the Soviet’s role in the liberation. In past years Putin has not merely attended, but has also spoken at the event.

Reuters suggested that a more likely reason for Putin’s absence comes as a result of the icy standoff between Moscow and the West over the conflict in Ukraine.

More than 300 former Auschwitz prisoners will be at the event. Dr. Piotr M.A. Cywinski, director of the Auschwitz Memorial, noted that this will likely be the last large anniversary with survivors, making this year especially important:

“We have to say it clearly: it is the last big anniversary that we can commemorate with a numerous group of Survivors. Their voices became the most important warning against the human capacity for extreme humiliation, contempt and genocide.

However, soon it will not be the witnesses of those years, but us, the post-war generations, who will pass this horrible knowledge and the crushing conclusions that result from it. That is why it is so important that the crowned heads, presidents, prime ministers and high-rank representatives of international institutions present in Birkenau during the commemoration, as well as world public opinion via the media, will listen to the voice of former prisoners.”

It is especially important to acknowledge and to mourn the death of the 1.1 million people who were murdered in the living hell of Auschwitz. Don’t forget to join the global community as it commemorates this date.