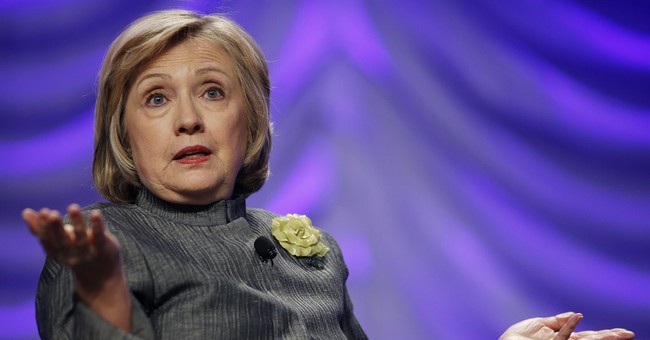 Former Secretary of State Hillary Clinton warned Americans not to embrace the idea that 'anybody can have a gun, anywhere, anytime,' during a speech at the National Council for Behavioral Health conference in Maryland Tuesday. This skewed mindset is not in the best interest of the majority of citizens, Clinton explained.

As captured by the Associated Press:

"I think again we're way out of balance. I think that we've got to rein in what has become an almost article of faith that anybody can have a gun anywhere, anytime," Clinton said. "And I don't believe that is in the best interest of the vast majority of people. And I think you can say that and still support the right of people to own guns."

The right to own a gun has hardly become 'an article of faith,' it has been integral to the laws of the land since the Second Amendment was ratified in 1791. Clinton, however, seems to believe the right to bear arms is a sudden and irresponsible shift in society.

Clinton told attendees at the mental health conference that "at the rate we're going, we're going to have so many people with guns everywhere, fully licensed, fully validated" in settings like movie theaters where shootings have arisen over seemingly mundane things like loud gum chewing or cellphone use.

"That's what happens in the countries I've visited where there is no rule of law and no self-control and that is something that we cannot just let go without paying attention," she said.

To which countries exactly is Clinton referring? In England, crime rates rose 35 percent in areas where guns were banned. And a 2013 Harvard study found there is actually an association between high gun ownership and low crime rates globally (emphasis added):

Clinton said she is still unsure of whether or not she will run in 2016, but encouraged Americans to 'stay tuned.'