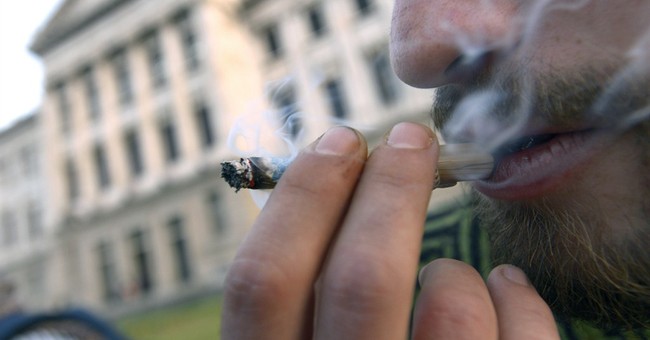 Sixty percent of Americans say the federal government should not enforce marijuana laws in states where the drug has been legalized, according to a Pew Research Center report.

This is an issue everyone seems to agree on. Independents were most adamant on the issue, with 64 percent voting against federal regulation. Democrats followed at 59 percent and, lastly, Republicans at 57 percent.

The Attorney General Eric Holder told Washington and Colorado governors Thursday that the Department of Justice would not block ballot initiatives to legalize marijuana. At the same time the DOJ produced a memorandum for United States attorneys with a list of “enforcement priorities” that are “particularly important to the federal government.”

While the Huffington Post noted it was an historic step back from the U.S. government’s “long-running drug war,” sheriffs and city-police told Holder in a joint letter Friday the priority areas “will be extremely difficult for Federal, state, local and tribal law enforcement agencies to enforce in practice.”

The eight enforcement priorities include prohibiting marijuana distribution to minors and caring for public safety and environmental dangers posed by marijuana plants:

“If state enforcement efforts are not sufficiently robust to protect against the harms set forth above the federal government may seek to challenge the regulatory structure itself in addition to continuing to bring individual enforcement actions, including criminal prosecutions, focused on those harms.”

The truth remains that the DOJ’s bullet-point list is vague enough to leave much room for federal regulation.