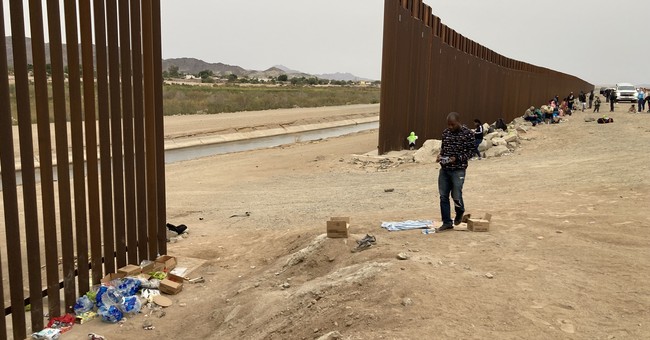 During a segment on Fox News, Matthew O’Brien said that six judges, including himself, has already been let go from Executive Office of Immigration Review (EOIR), claiming that the Biden administration is purposely packing the immigration courts.

“The Biden Administration is trying to turn the court into essentially a free candy store so that anyone who appears in front of the immigration court winds up getting some benefits or winds up being allowed to stay in the United States,” O’Brien said, adding that this “is not what the courts were designed to do.”

According to O’Brien, the courts are supposed to give people who are seeking to remain in the United States or have violated the immigration law a fair review of any claims they have made, however he says the Biden administration is ordering ICE to dismiss all of the cases that are currently before it.

“So they seem to be taking a creative approach to reducing the backlog by simply not pursuing the cases, and releasing these people into the interior of the United States,” O’Brien said.

Additionally, O’Brien believes the Democrats wants to replace immigration judges appointed under Trump, and replace them with “people who meet their own ideological framework.”

O’Brien called out Homeland Security Alejandro Mayorkas saying that he is not interested in enforcing the law, while claiming that “ICE is ignoring the immigration laws that it doesn’t like and the Biden administration is ordering the courts to be complicit in this and they’re busy trying to remove anyone that took an enforcement approach of applying the law to the facts.”

Recommended
The American Communist Party Must Be Defeated
D.W. Wilber

Before signing off, O’Brien penned the question, asking “who is looking out for the interests of the American people in this whole transaction?”

According to the U.S. Customs Border and Protection (CBP), 239,416 illegal crossing in May, a 15 percent increase from the month before.

Go Ahead and Gloat
Townhall
The lackluster attendance at abortion rallies in Georgia and Oklahoma should be a warning to Dems
Twitchy
Bill Maher Drives a Stake Through Leftism as the Democrat Party Abandons American Voters
Redstate
Astonishing Testimony From Dr. Birx Lost Amid Landmark SCOTUS Rulings
PJ Media