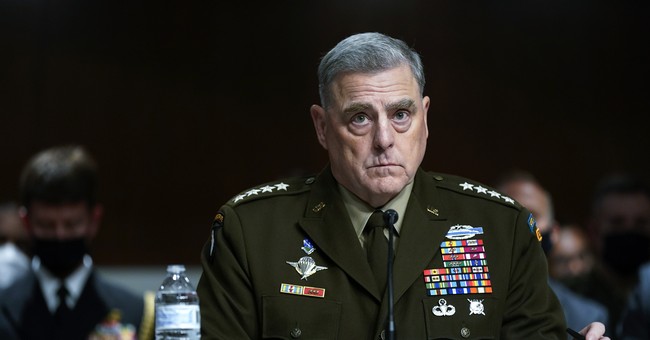 Army General Mark Milley warned West Point Cadet graduates to prepare for the increase use of new global weapons technologies and the risk of global conflict in the future.

While speaking at the 2022 commencement ceremony, Milley cautioned a change that is about to happen in the “character of war,” saying “we are facing right now two global powers, China and Russia, each with significant military capabilities, and both who fully intend to change the current rules based order.”

According to Milley, Ukraine’s conflict with Russia and President Joe Biden’s deployment of troops to Somalia will bring on a spike of international conflicts, adding “Russia’s invasion is only teaching that aggression left unanswered only emboldens the aggressor.”

While speaking to 1,1014 graduates, Milley said there will be a prominent shift in weapons technology, “the change from musket to the rifle, the rifle to the machine gun or from sailing to steam ships. And the technological edge is no longer automatically in America's favor," claiming the U.S. will be “fighting with robotic tanks and ships and airplanes.”

The Joint Chiefs Chairman weighed value on the importance of staying true to the Constitution, ”We swear an oath to an idea, and that idea is America.”

Milley also stressed that cadets need to remember to stay adaptive, resilient and be of impeccable moral character.

Before closing out his remarks, he quoted lyrics from a Bob Dylan song, “We can feel the light breeze in the air. And right now, as we sit here on the plane at West Point, we can see the storm flags fluttering in the wind and we can hear in the distance the loud clap of thunder. And hard rain is about to fall."