'Insurrectionist' Label Comes for Those Who Champion SCOTUS Leak 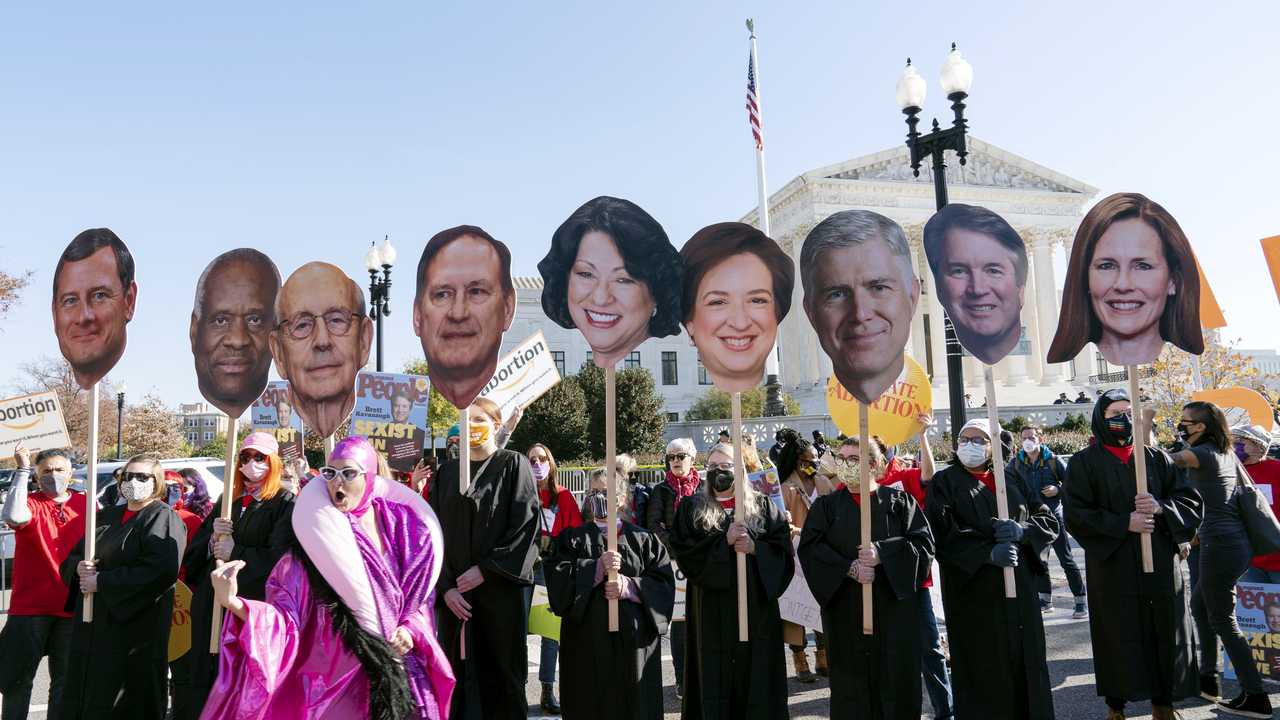 By now, news that someone has leaked a drafted opinion from Justice Samuel Alito at the U.S. Supreme Court that overturns Roe v. Wade has spread like wildfire. Chief Justice John Roberts has since confirmed the authenticity of the draft, from February, and called for an investigation. It cannot be emphasized enough how this is an affront to the integrity of the institution of the Court, though Democrats and many allies in the mainstream media don't seem to care. In fact, many are cheering it on.

On Monday night, shortly after the draft was leaked, commentator Allie Beth Stuckey tweeted how the person who leaked it knew that "Conservative justices will have their lives and the lives of their families threatened."

The quoted retweets celebrated such a threat to the lives of Supreme Court justices, and their family members who weren't at all involved.

yeah they should absolutely be scared. y’all have been living comfortably without fear for your lives for too long. https://t.co/i8vj0biolG

god i sure hope they do but sadly no one has any guts anymore https://t.co/DMVtZqzUp5

It is our moral responsibility to prove this tweet correct. https://t.co/z7ox8cDn81

Any day Conservatives in power know is just a small fraction of the fear of the American people they oppress.... That's a good day. https://t.co/xIf8rRVWYc

as they should, should be a lot more than threats tbh https://t.co/ce20LZ1gOk

If I was a conservative justice who didn’t want my family threatened, I would simply not vote to overturn roe v Wade https://t.co/exRnYCBdGi

Unbelievably psychotic that this woman is worried about 6 wealthy, powerful people who have every type of security at their disposal, as opposed to the thousands and thousands of women who will likely die because of their actions https://t.co/dXJ4hvOo21

You don't get to strip people's basic human rights and not face consequences. I hope they're terrified. https://t.co/vqSu1iL6aY

In addition to these countless quoted retweets, The Nation's Aída Chávez retweeted Stuckey and expressed she wished harm on the justices. She has doubled down on it, including when it comes to sharing coverage from those who dare to call her out on it, such as Fox News' Tucker Carlson.

As Julio covered earlier on Wednesday, pro-abortion advocates are not just sticking to making their threats online. His piece is full of footage of violent altercations and such people behaving dangerously in a violent and harassing manner.

Then there's Vox's Ian Millhiser, who has made it no secret how he feels about the way this country was founded and its systems in place, especially and including the U.S. Supreme Court.

Not long after the leak was published, Millhiser tweeted a round of applause for the leaker.

Seriously, shout out to whoever the hero was within the Supreme Court who said “fuck it! Let’s burn this place down.”

Many reacted by pointing to this being a call for violence, and brought up "insurrection."

His tweet was also mentioned on Carlson's Tuesday night episode of "Tucker Carlson Tonight," in the clip embedded above.

On Tuesday night, Vox published Millhiser's "The case against the Supreme Court of the United States," who was quick to promote it with tweets and retweets.

We romanticize Supreme Court at our own peril. @imillhiser explains why SCOTUS has consistently been an anti-democratic and largely malign force in US history. https://t.co/9BgcBpyIZo

"Diminished public trust in the Court is a good thing. This institution has not served the American people well, and it’s time to start treating it that way."

The Supreme Court is one of the most malignant institutions in American historyhttps://t.co/hRSp4X3OKW

It's worth noting that Millhiser tried to walk back his remarks in that tweet in Tuesday night's article, though he still doubled down on celebrating the leak:

The former tweet was phrased provocatively, and it attracted some attention from those on the right, including Sen. Ted Cruz (R-TX). So let me clarify that I do not advocate arson as a solution to the Republican Party’s capture of the Supreme Court. I metaphorically compared the leak of Alito’s opinion to lighting the Court on fire because, as Chief Justice John Roberts noted in his statement on the leak, the Court has extraordinarily strong norms of confidentiality that it zealously protects.

The fact that someone inside the Court’s very small circle of trust apparently decided to leak a draft opinion is likely to be perceived by the justices, as SCOTUSBlog tweeted out Monday night, as “the gravest, most unforgivable sin.”

To this I say, “good.” If the Court does what Alito proposed in his draft opinion, and overrules Roe v. Wade, that decision will be the culmination of a decades-long effort by Republicans to capture the institution and use it, not just to undercut abortion rights but also to implement an unpopular agenda they cannot implement through the democratic process.

The Court, in other words, simply does not deserve the reverence it still enjoys in much of American society, and especially from the legal profession. For nearly all of its history, it’s been a reactionary institution, a political one that serves the interests of the already powerful at the expense of the most vulnerable. And it currently appears to be reverting to that historic mean.

Indeed, if not for anti-democratic institutions such as the Senate and the Electoral College, it’s likely that Democrats would control a majority of the seats on the Supreme Court, and a decision overruling Roe would not be on the table.

Further, Sen. Elizabeth Warren (D-MA) lost her voice as she hysterically called for action against the Court. There'll be more to come from Matt when it comes to her apoplectic performance.

Why am I not surprised? https://t.co/fT7CquQ2Cu

This is unfortunately not the first time, though, that sitting U.S. Senators have called for action against the Supreme Court.

Sen. Chuck Schumer, in March 2020, then the Senate minority leader, warned Supreme Court Justices Brett Kavanaugh and Neil Gorsuch that they would "pay the price" if they didn't vote a certain way in an abortion case.

Abortion is a religion to these people, and they'll stop at nothing, not even calling for or acting with violence in many cases, to get what they want.